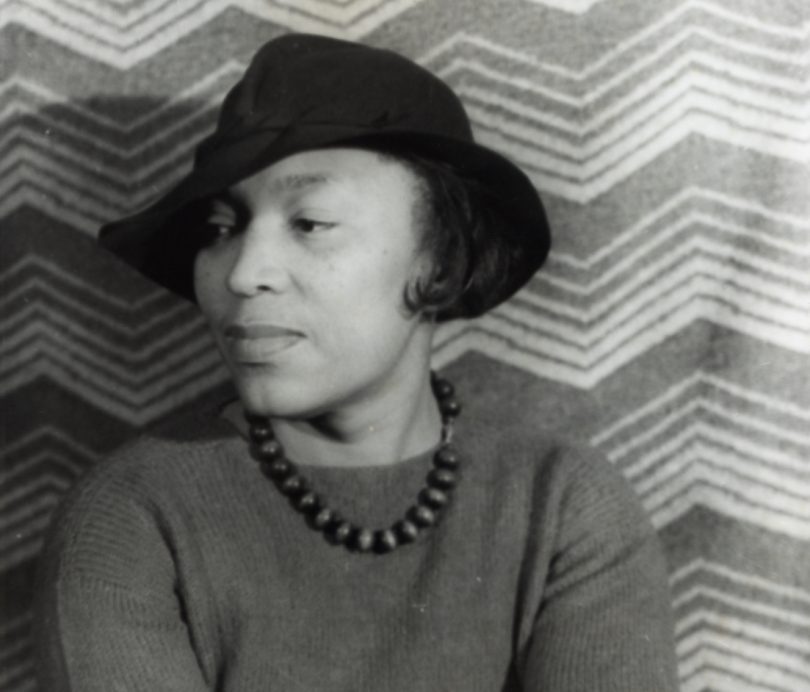 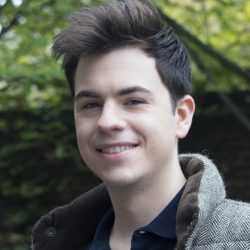 “I did not have the right approach,” she recalls in her memoir, Dust Tracks on a Road (1942). “I knew where the material was all right. But, I went about asking in carefully accented Barnardese, ‘Pardon me, but do you know any folk tales or folk songs?’ The men and women who had whole treasuries of material just seeping through their pores looked at me and shook their heads.” In frustration Hurston resorted to plagiarism. Consisting largely of material drawn from Emma Langdon Roche’s Historic Sketches of the Old South (1914), her own first scholarly publication has been likened to an act of “academic suicide.”

“I stood before Papa Franz and cried salty tears,” she further recounts in Dust Tracks. “He knew I was green and feeling my oats, and that only bitter disappointment was going to purge me. It did.” Later that year, Hurston was given another opportunity to interview Lewis. This time she was contracted as an “independent agent” to white philanthropist Charlotte Osgood Mason, who sought to “compile and collect all information possible, both written and oral, concerning the music, poetry, folk-lore, literature, hoodoo, conjure, manifestations of art and kindred subjects relating to and existing among the North American negroes.”1 The resulting manuscript, based on Hurston’s extended interviews with Lewis, appeared in print last month for the first time, 87 years after she abandoned it in 1931.

Hurston’s work—published under its original title, Barracoon: The Story of the Last “Black Cargo”—is perhaps most noteworthy not for its documentation of the transatlantic Middle Passage and slavery in the United States, but rather for its anthropological contours. Barracoon is less a historical document bearing witness to the atrocities of slavery than it is an exploration of the social encounter fundamental to ethnographic fieldwork. By foregrounding her rapport with Lewis and the embodiment of black folk expression, Hurston frames the production of anthropological knowledge as an ongoing, relational process.

The long-awaited publication of Hurston’s manuscript follows a wave of historical serendipity. In January, anomalously low tides on the Alabama River revealed the wreckage of what was believed to be the Clotilda. It was not. One month prior, musician Questlove learned during his appearance on the PBS series Finding Your Roots that he was a direct descendant of a Clotilda survivor. The pending release of Hurston’s work, initially misidentified as a novel and recently excerpted online, itself became a media event. How could a book-length project by one of the most canonical black writers of the 20th century have “languished in a vault,” as one article laments, for nearly a century?

“Barracoon” is less a historical document bearing witness to the atrocities of slavery than it is an exploration of the social encounter fundamental to ethnographic fieldwork.

The long-standing disavowal of Barracoon originated in the project’s complex genesis: Hurston’s early plagiarism and subsequent patronage. Her drafting of the manuscript under Mason’s supervision—dubbing it “the African thing” in a letter to Langston Hughes2—illuminates the broader objectives of the text: collecting and re-creating African cultural practices and folklore. When she first introduces Lewis, Hurston notes that when leaving his home “he locks his gate with an ingenious wooden peg of African invention” and when eating breakfast he holds “a round enameled pan with his hands, in the fashion of his fatherland.” Hurston later frames these “African idea[s] transplanted to America” as further “evidences of the primitive, the self-reliance of the people who live outside the influence of machinery.”

Such remarks have led Hurston’s critics to debate the politics of her anthropological work, some arguing that her romanticized or even colonialist representations of black folk culture—especially outside the United States, as in Tell My Horse: Voodoo and Life in Haiti and Jamaica (1938)—consign her subjects to a time and place altogether outside of the modern.

Elsewhere throughout Barracoon, however, Hurston’s narration of her developing friendship with Lewis achieves the opposite effect, portraying him less as a relic of the distant past than as an active participant in the ethnographic endeavor. After an awkward conclusion to their first interview—“He sat and smoked his pipe in silence. Finally he seemed to discover that I was still there”—Hurston returns the next day bearing fruit. “I brought a gift this time. A basket of Georgia peaches,” she writes. “He received me kindly and began to eat the peaches at once.” Later, their meeting concludes similarly, when Lewis tells Hurston to pick some peaches to take home. “I put the ladder in the tree and climbed up in easy reach of a cluster of pink peaches. He saw me to the gate and graciously said goodbye.”

I had secured two Virginia hams on my trip south and when I appeared before him the following Thursday, I brought him one. He was delighted beyond his vocabulary, but I read his face and it was more than enough. The ham was for him. For us I brought a huge watermelon, right off the ice, so we cut it in half and we just ate from heart to rind as far as we were able.

After walking and talking, “Kossula ceased speaking and looked pointedly at his melon rind. There was still lots of good red meat and a quart or two of juice,” writes Hurston. “I looked at mine. I had more meat left than Kossula had. So we lifted the half-rinds to our knees and started all over again.” What ensues is one of the more poignant scenes of companionship in Barracoon: “Watermelon halves having ends like everything else, and a thorough watermelon eating being what it is, a long over-stuffed silence fell on us.”

This scene of silent simultaneous satiation signifies not a breakdown in the relationship between observer and observed, but rather, in a single image, the social intimacy shared by Hurston and Lewis. Toward the end of their work together, “Cudjo’s friends down the bay caught us a marvelous mess of blue crabs,” Hurston recalls. “So the next day about noon, I was sitting on his steps, between the rain-barrels eating crabs. When the crabs were gone we talked.” Here, the silence is not described but implied, suggesting that ethnographer and informant have fallen into a rhythm of quiet companionship.

Hurston’s broader preoccupation with ethnography’s inherent sociality likewise manifests in her transcription of Lewis’s expressive physical gestures. This tendency is evident especially in the work’s extended appendix—comprising a Takkoi “Children’s Game” and “Stories Kossula Told Me”—which, however counterintuitively, is arguably the most important part of Barracoon. The appendix’s first fable, about three men attempting to divide the four limbs of a cow equally among them, is spliced with Hurston’s parenthetical interjections describing Lewis’s narrative performance. In quick succession, “A beaming face is turned to me to see if I get the point that three men can’t get a hind leg off of one cow. He is very happy that I appreciate the dilemma in the tale” is followed by a “very expressive gesture of conflict,” then “very hearty laughter, the struggling gestures continue,” and finally “hearty chuckling.” 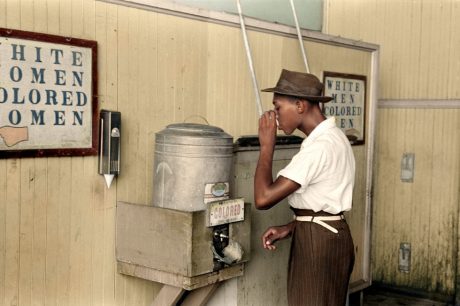 When transcribing Lewis’s account of the biblical tale of Jonah and the whale, too, Hurston first notes his “gesture of a penetrating look” to mimic God’s watch over Jonah, followed by a “gesture of unlocking and flinging wide a door” and a “hand uplifted in a kingly commanding gesture” to mark the unleashing of a storm, another “gesture” as the whale opens its mouth, and finally a “slashing gesture” and “hand lifted straight up” to show the cutting of a gourd vine.

For Hurston and her mentors, this gestural and embodied mode of folk expression was key to capturing and studying African cultural practices more broadly. “The more I think of it the more important the work becomes, especially from the point of view of the possible survivals of African traits in the pantomime and action side of the games and stories,” mentor Alain Locke wrote to Hurston concerning her work with Lewis in February 1928. “Do not let this side of the matter escape your attention.”3

She did not—using her “one moving picture camera,”4 provided per her contract with Mason, Hurston also filmed Lewis standing in front of his house, telling stories on his front porch, and chopping wood. In image and text, then, she captured not just specimens of African diasporic folk culture but more crucially its social reproduction—thereby confirming her famed statement in “Characteristics of Negro Expression” (1934) that “Negro folklore is not a thing of the past. It is still in the making.” 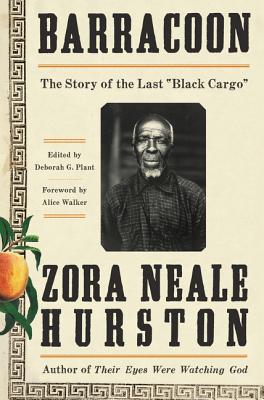 Barracoon: The Story of the Last “Black Cargo”