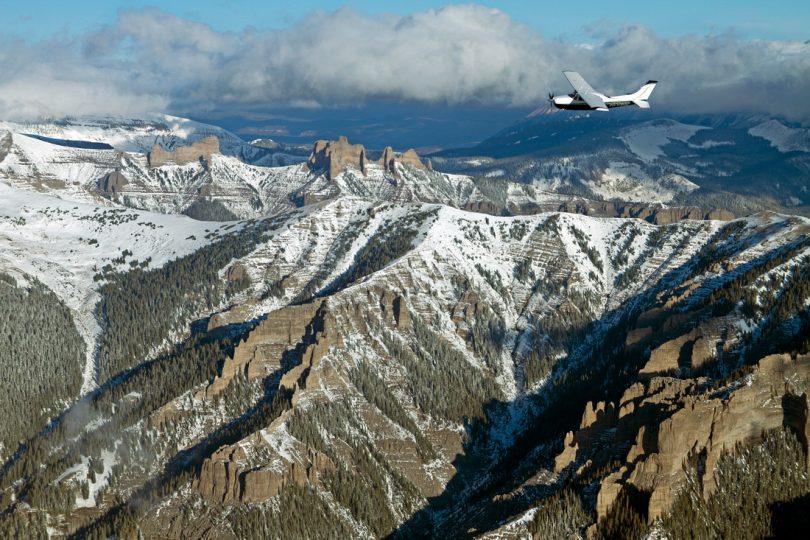 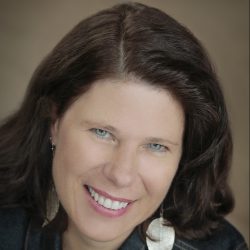 I recently found myself 1,500 feet above ground, traveling at 180 mph. When I wiped away the breath-mist from the window, I could see the American West in the chill of November: snowy mountain ranges, high alpine, high desert, waves of blue mountains, the shocking red rocks of Utah, the undulations of landscape as it bore out its transformation from range to basin and back again. If I peered closer, the details revealed themselves: the way snow had blown itself into watersheds, the paths I’d hiked winding up mountains, the glint on the curves of some of the nation’s best cutthroat trout streams.

My ticket to this view was a program called “Flight Across America,” which gives college-age and early professional folks the chance to see the West from the air. It’s a program of EcoFlight, a nonprofit dedicated to advocating for environmental issues from the air. Ecoflight was started by Bruce Gordon (good friend to the late John Denver, another pilot-conservationist) 13 years ago; since then, EcoFlight has flown politicians, conservation groups, media, scientists, and celebrities.

The students and young professionals were just as diverse as the landscapes we saw: a fifth-generation rancher; a graduate student in new media from Brown; a college student who sits on her town’s planning commission; a former marine now studying environmental and watershed science as well as working on a gas patch.

In three small Cessnas, we took off from little airports in Colorado, Utah, New Mexico: Grand Junction, Farmington, Cortez, Durango, Moab, Walden. We crammed into these 1970s-era planes with recording gear and notebooks and cameras, with hats and gloves, with headsets for communicating both within the plane and to the other planes, and with curiosity.

Below, we saw Colorado, Utah, New Mexico, Wyoming; saw the Navajo nation, site of the most polluting coal-fired power plant in the United States; saw the West’s many rivers and diversions; saw the Roan Plateau of western Colorado, a major drilling site. We flew over the proposed Hermosa Wilderness Area in southern Colorado; we camped in freezing temperatures at the Hovenweep National Monument near the ruins of the ancestral Pueblo; we hiked in the heat of Moab and in a blizzard at the Maroon Bells. We also met with an array of experts representing Colorado’s politicians, ranchers, mountain bikers, conservationists, and photographers.

The amount of information we absorbed from our pilots and guest speakers was immense. But perhaps the most important discovery—for those of us who hadn’t flown like this before—was the simple but essential confirmation that the landscape is a whole. Despite the state lines, designations, management agencies, political jurisdictions, and roads, the planet Earth is the planet Earth, a continuous entity. As the snowy peaks morphed into plateaus and into high desert, it was clear that the natural world does not segment or cut herself up at all.

“It’s all so interlaced, there’s no causal separation, and you can see that from the air,” pilot Gary Kraft told me. “From the ground, one might be driving along, zoning out, and say, ‘Oh, look, another beautiful snowcapped mountain.’ But from here I can see one rise after another, how they feed into each other, how the geology and landscape connect. You go over the semi-arid region near Rifle to the lush Roan. You just can’t see that in a car.”

As several of the specialists we saw along the way noted, this interconnectedness has ramifications for public policy. Protecting one spot can open up a whole Pandora’s box of consequences upstream or downstream. Conservation groups, politicians, and land managers need to think big, and to think holistically. The Southern Utah Wilderness Alliance (SUWA), for instance, keeps up with what the Grand Canyon Trust is doing. In one case, the Greater Canyonlands National Monument Proposal—which seeks to protect a large area in Utah (currently managed by the Bureau of Land Management) from oil and gas drilling, tar sands development, potash mining, and uranium mining—has support from the Natural Resources Defense Council, SUWA, Grand Canyon Trust, the Sierra Club, Great Old Broads for Wilderness, and others. Another issue that brings diverse organizations together is that of air quality surrounding the two massive coal-fired power plants near the Navajo Nation (now slated to be closed in 2019). The pollution generated by these plants affects many places, including Mesa Verde. In fact, according to the American Lung Association, the nearby Four Corners area has one of the highest rates of lung cancer and respiratory problems in the United States. The toxic cocktail of sulfur dioxide, nitrogen dioxide, and mercury released by these plants results in a yellow smog that was easily visible from our planes. 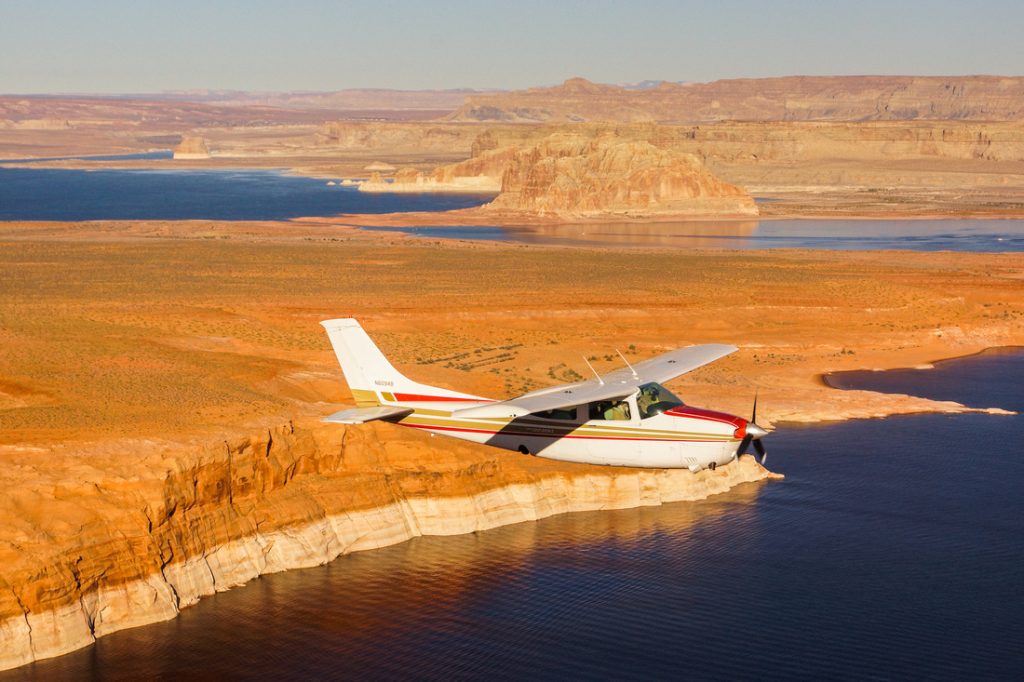 Every day, we witnessed yet more instances of ecological and political interconnectedness; each night, the students would gather around and discuss the questions these examples raised: How can we see the West as a whole, and act accordingly? And how does one action influence others? Indeed, was this very trip culpable in some way? Was using up fuel to see these areas worth it? When I posed that question to Bruce Gordon, the program founder, he said, “That’s always a tough question, but we do our best to offset our carbon footprint as much as possible through various carbon savings in other areas. We work diligently to minimize flight times. We ensure that on each and every mission the value added of empowering our passenger participants and the subsequent outreach is worth the cost in adding to a carbon footprint. We aren’t against oil and gas, but we feel it can and should be done properly, and there are some places it just shouldn’t be done.”

On the last day, we flew from the Moab area to northern Colorado. We had Desolation Canyon and the Uinta Mountains in the far view, as well as the Piceance Basin. We flew over the Mount Zirkel Wilderness and the Rawah Wilderness and North Park, dubbed “America’s Serengeti” because of the sheer number of wildlife species that call it home. This last leg of the trip was the one that made my heart flutter the most—and not because of the turbulence. I was gazing down at the mountains that first taught me how to camp, showed me wildflowers and trout, offered my childhood adventure and my adulthood serenity. I must confess to tears.

On landing, we climbed out of the planes, gathering water bottles and backpacks, gloves and hats and notebooks. As with any good adventure, we were tired and smelly and grimy and happy. And as with any adventure, we were all a little stunned by what we had seen: the land as a whole.