How to Be a Global Historian
If the past is still required to understand the present, then approaching the past globally is an absolute necessity. But what does it mean to “think globally” today? What does a truly global history ... 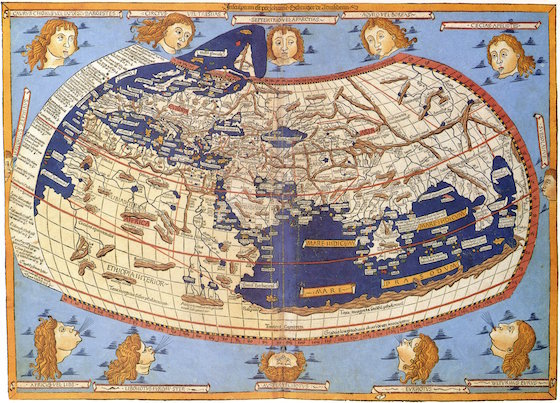 If the past is still required to understand the present, then approaching the past globally is an absolute necessity. But what does it mean to “think globally” today? What does a truly global history look like?

Though it is quickly becoming one of the most dynamic—if confusing—subfields in the discipline, global history is not easy to define. The first question might be whether such a history is even new. In antiquity, Western historians explored the past of their known world: a world, to them, surely as vast and contradictory as our own today. Many of their Muslim and Chinese colleagues did the same. Is today’s “global” history really more universal than a simple “world” history, whether from a contemporary historian or an ancient one? Or is it just a marketable label to sell old history in a competitive and crowded era?

Even if the results can be lacking, the need for global history is real. Today, more than ever before, the challenges of globalization oblige historians and researchers to break with the local, national, and even continental frontiers of their knowledge. But despite this real need, many books published under the label of global history are no more than old wine in new bottles. This can be seen in a number of studies concerned with diplomatic and economic history; with attractive topics such as “commodity” narratives tracing the history of sugar or salt; and with the reworking of old military histories by simply spreading the familiar over a wider field. The only thing that changes is the scale, not the significance.

Faced with such confusion, it helps to explore this new intellectual landscape with a guide as competent as the German historian Sebastian Conrad. He is the author of several books, including Globalization and the Nation in Imperial Germany (2010). Even though his new book begins with a provocation—quoting the great specialist of the 19th century, the late Christopher A. Bayly: “All historians are world historians now, though many have not yet realized it”—Conrad’s What Is Global History? explores this field seriously and systematically. Conrad surveys the significant and major works that illustrate the contributions—as well as the dead ends—of global history. Interestingly, Conrad prefers to call this subfield a new perspective and a new approach, rather than a wholly new discipline.

How is writing history becoming globalized? Why have historians moved to write global history? And for what audience are these new global histories intended? Conrad advances a series of true answers, not simply thoughtless recipes or abstract schematic statements. He always confronts the critics and the limits of these new approaches. And yet, even with this nuanced approach, Conrad advances a vision of global history that is arresting and inspiring.

Conrad’s global historian not only studies processes of universalization—of how discrete cultures interacted and integrated—but also defines the conditions in which these processes could expand and respond to the very situations that brought them into being. Let’s take the case of the Enlightenment: was it just a French and British creation, a colonial imposition on the rest of the world, or “rather a way in which social elites around the world came to terms with new global realities”? In the same way, “was the concept of race a European invention, a tool of empire, a notion that grew from various indigenous roots—or a response to global challenges?” To Conrad, “global” means much more than simply widening the scale. A global world is a connected world, which means that the units or subjects of history can no longer be viewed in splendid isolation. Viewed against a “global” backdrop, then, the Enlightenment or ideas of race can be seen as the products of global interactions, summoned and defined as ways of making sense of a wider world.

This suggests that is it enough to break with the national perspective in order to revive various connections with other parts of the world. Do we stop here? Is going global just adding a new context for nations and their champions? No. Conrad underlines the necessity of going beyond the study of connections. A global historian must think in terms of integration, looking for the dynamics connecting
the many pieces of that puzzle we call the past. “As a distinct paradigm, with its focus on integration and structured global transformations, global history is a very specific approach.” Global history not only means mobility, interactions, and connections, but also mechanisms of how the world became globalized.

Conrad constantly insists that global history cannot be reduced to merely a search for the origins and causes of integration that led to today’s globalized world. According to him, it would be risky to push the origins of our condition further back in time—to the Silk Road, for example—which would narrow the field to a pressing, but ultimately limited, potential subject. But if integration is the driving force behind global history, we do run this risk. Treating globalization as an equivalent of modernization—with the idea that what is modern has to be connected, and what is connected is modern—is a deceptive move.

Global history fosters a multiplicity of views on the globe’s past.

Can we move beyond a global history that is only the history of globalization? How to avoid the illusion of continuity, or the teleological fallacy that would transform the course of history into a succession of globalizations progressively embracing more regions of the globe? Conrad warns us to be cautious with the concept of integration: “Integration, then, is not an issue of scale (the entire planet) and quantity (the amount of trade), but of quality: the commodification of things and social relations creates a systemic coherence, as it enables compatibility and exchangeability across geographical, cultural, and ethnic borders.”

After sketching the genealogy of “thinking globally” and outlining the singularity of the global approach, Conrad analyzes its relations with time and space and discusses “positionality and centered approaches.” Since the end of the 20th century, one of the main causes for complaint about history and the social sciences has been their innate and deep Eurocentrism. And it is true that these disciplines, as they are taught all over the world, were first born and formatted in Europe before being exported abroad. It is true also that historians have attempted to “provincialize” Europe—to relegate the continent’s history to a marginal place in the larger narrative of the globe—in order to decontaminate these intellectual tools.

But many worry: is global history itself just a new manifestation of Eurocentrism? This is the hazard whenever globalization is employed as a synonym for modernity or neoliberalism. Yet is it still the best way to escape from the century-old domination of the West over the Rest? One way out of the teleological trap is to emphasize the many roads of modernization and integration. It seems that global history, more than any other subdiscipline, is apt to foster the diversity of local narratives: the multiplicity of views on the globe’s past, including different and alternative ways of conceiving the past itself.

Getting rid of Eurocentrism can often mean a proliferation of other centrisms. This is a problem, because such an approach is no less alienating than Eurocentrism: whether it be centered on a particular culture, such as Sinocentrism, or a particular idea, such as the “clash of civilizations,” which is no more than our old Eurocentrism reloaded. In this case the concept of civilization operates as a counter-discourse to globalization. Here are Conrad’s words: “The idea that culture makes all the difference is itself an effect of contemporary globalization and the commodification of these very differences.” Global scholarship today is so internationally connected that cultural differences between historians often become much less powerful than social and ideological differences.

Conrad’s book gives an excellent tour of some of the important turns that open up new research: “Deep History,” “Big History,” the Braudelian longue durée, Anthropocene studies, and Reinhart Koselleck’s Zeitschichten (conceptual history). Conrad confronts these fields with the perspectives opened by global history. He reminds us of the importance given to synchronicity in global studies: “a potential eye-opener” and an indispensable tool to revisit “fictions of national diachrony,” so as “to steer between the fictions of continuity and the promises of the ‘moment.’” Overall, What Is Global History? is both an excellent survey and a perceptive critique of our subfield. It also points to many of the pitfalls that lie ahead as historians scramble to go global.

Yet world-making also has its limits. In order to make the world legible, global historians put together peoples and spaces within a single frame. But by imposing a planetary scope—by focusing on vast processes such as migration, trade, empire, or religion—these historians run the risk of simplifying historical pasts and realities. This raises a final question for Conrad that is as basic as it is unsolved: “are the [Western] categories of the modern social sciences appropriate and adequate to uncover the heterogeneity of global realities or should they be complemented with indigenous terminology”? 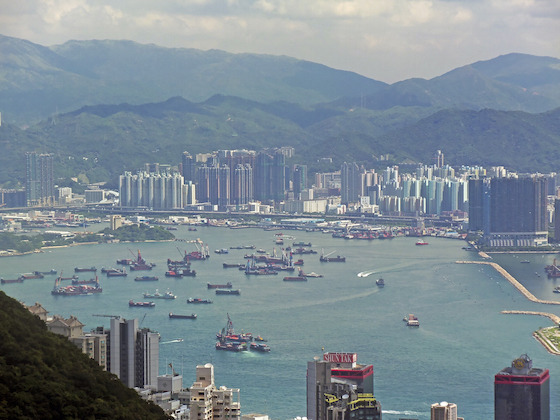 Global history can seem like a juggernaut; but it is far from dominating the entire academic world. The last chapter of the book examines the criticism—and resistance—that global historians are facing all over the world. Many are defensive reactions; though, to be fair, not all are from traditional scholars feeling threatened and surpassed by the trend toward the global. By far the most urgent critique is that global history is mostly Anglophone and mostly “Globish”—that is, “global English”—such that anyone outside the linguistic circuit is, by default, marginalized.

As a German scholar, Conrad is perfectly aware of this unacceptable linguistic hegemony. And yet he leaves out important alternatives to the Anglophonic chorus. He excludes from his analysis, for instance, some major European and Latin American contributions. Even other German approaches are missing: for instance, Peter Sloterdijk’s trilogy Sphären—translated under the title of Globes—especially volume II, Macrospherology (2014). This is, by far, to my mind, the most suggestive work proposing both a philosophical and historical genealogy of globalization. Sloterdijk’s absence, along with others, is perplexing.

Despite these reservations, I find Conrad’s critical synthesis extremely useful. Nowadays, we seem flush with books simply defining or discussing global history, rather than actually producing innovative work in this promising field. Of these books, none are as clear and stimulating as Conrad’s What Is Global History? His diagnosis is always precise. His discussion is always measured and convincing. This makes What Is Global History? especially helpful for students enticed to navigate among the often perilous shoals of global history’s many approaches.

But Conrad’s contribution goes well beyond the academic milieu, and offers even to the general reader an excellent way of increasing their awareness. Ultimately, global vision is required to understand our past, comprehend our present, and even to protect our future. How else to connect the nightclub massacre in Orlando on June 11 with the murder of two policemen in a Paris banlieue the day after? How are both crimes connected to ISIS and the events in the Middle East? Only a global perspective can help us understand—and overcome—a daily reality that is everywhere now a truly global reality.

What Is Global History?