Oliver’s Body
Some autism spectrum and disability activists have turned, in an age in which Asperger syndrome has come to describe Silicon Valley’s new normal, to a figure of the neuroqueer.1 If queerness came, by ... 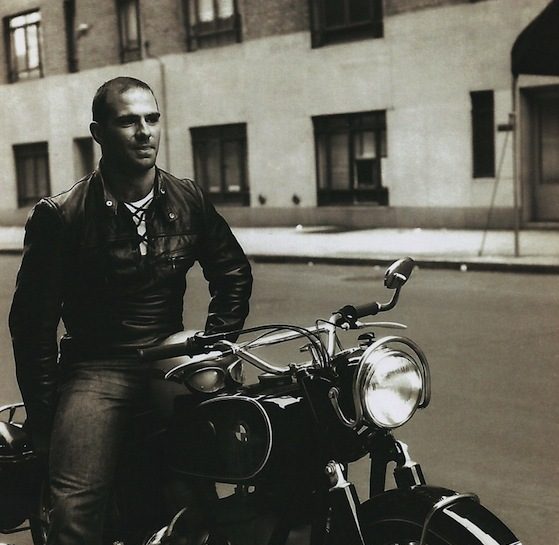 Some autism spectrum and disability activists have turned, in an age in which Asperger syndrome has come to describe Silicon Valley’s new normal, to a figure of the neuroqueer.1 If queerness came, by the early 1990s, to stand less for specific sexual and gendered identities and more for a general troubling of norms that pathologize and depend upon a devalued margin, the neuroqueer now points to the potential of neurological difference to push beyond the punishing, “neurotypical” confines of cognitive normality, old or new.

The neurologist and essayist Oliver Sacks has been among the more influential chroniclers of neurological variation, committed to the biographical and psychic depth, complexity, and adaptive creativity of persons usually reduced to their diagnosis and their difference. Sacks’s patients continue to surprise him and, in a mode of engagement little short of ecstatic, to enlarge his sense of the human amid the affliction, the discipline, and the joy of bodily experience. His latest memoir, On the Move: A Life, reprises this commitment to a psychological and neurological humanism in which the human is continually encountered through what lies outside the norm.

But if Sacks’s practice is queer, to make a claim I am not sure he would want us to pursue, its queerness lies in more than his continual troubling of neurotypical normativity. And if Sacks’s life is a queer one, it is so in ways that exceed his memoir’s disclosures of gay identity, male lovers, a fair amount of sex, and 35 years of abstinence. Sacks’s queerness—erotic, neurological, and otherwise—emerges here in at least two ways. It emerges in the intensity of his relationships with patients, an intensity that on occasion his colleagues read as perversion. And it emerges in the ways his recollection attends to the body (to his patients’ bodies and, insistently, to his own), attending less to the difference of those bodies than to their capacities, in living these differences, for beauty and for movement.

Sacks’s friend the poet Thom Gunn sent him a letter, sometime in 1973, passing on comments on the recently published Awakenings. Gunn had written:

Frankly, I despaired of your ever becoming a good writer, because I didn’t see how one could be taught such a quality. … Your deficiency of sympathy made for a limitation of your observation. … What I didn’t know was that the growth of sympathies is something frequently delayed till one’s thirties. What was deficient in these writings is now the supreme organizer of Awakenings, and wonderfully so. It is literally the organizer of your style … I wonder if you know what happened.

What happened is in a sense the subject of On the Move. The book is an account of a continually evolving form of clinical and intellectual work, of the relations that sustain it, and of what Sacks would come to call his “external controls.” This work led Sacks, in an evolving form of sympathetic engagement with scientists, clinicians, and his patients, toward a conception of an ever more plastic brain. Figures of plasticity, transformation, and the will to movement structure his account of work and life.

On the Move opens with an account of how young Oliver, sent away to a stifling boarding school during World War II, “longed for movement and power, ease of movement and superhuman powers.” He found some initial gratification in horses and dreams of flying but, “most of all, I loved motorbikes.” From the age of 18, he committed to them. The same year, 1951, Oliver’s father asked him if he preferred boys, leading him to say, “Yes, I do,” and Oliver’s mother to say, “I wish you had never been born.” Sacks writes of how her words inhibited him sexually and were a kind of violence echoed by some of the family members of people with neurological conditions whom he would encounter, relations who felt that such atypical behavior should be kept hidden from public view.

Yet Sacks’s youth does not come across as inhibited. He writes again and again of his excesses, of being drawn out by passions—for bikes, weight lifting, drugs, men, ideas, patients, note-taking, the complexity of it all—in an exhilarating, at times crippling intensity he sometimes refers to as “romantic.” Having left England after medical school at Oxford for a residency in San Francisco and then a fellowship in Los Angeles, he became a serious powerlifter, bulking up and taking long motorcycle treks on empty coastal and desert highways. California was freedom and speed, beatniks, Hells Angels, and fellow lifters on Muscle Beach.

The stranger sociality of motorcycling had given Sacks earlier intimations, while he was still in school, of this mobility and freedom. The pleasurable and unexpected associations that emerged on roads outside of London “formed a sort of romantic classless society within society at large.” Postwar transformation, suburbs, and speed limits meant “the fun was over.” In California, there still seemed room for fun. In San Francisco, Sacks describes a double life: working as a resident and a researcher in the hospital and then heading north along Marin and Sonoma roads, “feeling intensely alive,” alone or with fellow bikers. In Los Angeles, this “duplicity” grew sharper, the road trips more extreme.

The cover of On the Move features the body Oliver created in California and brought to his first clinical appointment in New York City. It is a Tom of Finland body, circa 1961, and it is beautiful, inciting excess in this reader. Its discipline was peculiar. Writing of his eating to bulk up, Sacks notes he was similar to his father: both men would eat all day in the presence of food and as easily go all day without it in its absence. “In the absence,” Sacks says, “of internal controls, I have to have external ones.” He trained with weights to the point of developing significant back pain. He swam into dangerous shipping lanes in New York Harbor, where, were it not for a friend’s “common sense,” he might have been sliced to death. And his experimentation, in Los Angeles, with some of the psychotropic medications his patients were being prescribed led him to the power of amphetamines. Sacks became a speed addict to the point where his friends were not sure that he would long survive.

Though Sacks describes himself as a solitary, he has had great friends. Sometimes, he writes, their love and care surprise him. Friends, powerful psychotherapy, and the discovery of new kinds of freedom in clinical work eventually enabled him, in 1967, to quit amphetamines. The drug, in its near lethal embrace, had given him more than the movement and power he cherished: it produced, he writes, the focused vision that led him to his first book.

Sacks’s clinical practice drew from his own therapy: his psychotherapist taught him about “paying attention, listening to what lies beyond consciousness or words.” This growth of sympathies, to return to Gunn’s phrase, increasingly placed Sacks on the margins of the New York clinical institutions in which he worked even as it led him toward worldwide renown. In clinical relationships with patients, as with his own therapist, Sacks found an intensity of engagement not always possible in the wider society of professional medicine. He devoted himself, with characteristic intensity, to a life with patients. At Beth Abraham in New York, where he worked with the “postencephalitic” long-term survivors of a peculiar epidemic earlier in the century, he moved into a hospital apartment so that he could be permanently on call, a total engagement that resolved and took him beyond the double life he’d led in California. His apartment at Beth Abraham, he writes, was always open to his patients, as it was to those colleagues committed to open, intense, and creative debate. Here, as in earlier work on migraine and later work on autism and Tourette’s, he became a master of telling detail. “I am haunted,” Sacks notes, “by the density of reality,” a density he engages through reference to the work of Clifford Geertz. This rendering of detail allowed him to reach toward a neurologically precise, psychically attentive conception and clinical ethics of a “brain-mind” in its extraordinary capacity for creativity and adaptation.

SACKS’S PATIENTS CONTINUE TO SURPRISE HIM AND, IN A MODE OF ENGAGEMENT LITTLE SHORT OF ECSTATIC, TO ENLARGE HIS SENSE OF THE HUMAN AMID THE AFFLICTION, THE DISCIPLINE, AND THE JOY OF BODILY EXPERIENCE.

British and European senior interlocutors frequently encouraged this writerly focus on the elaborated individual case, while their American counterparts often expected more quantitative and aggregated work and met his essays and books with silence for some years. With their early support, Sacks’s European preceptors and intellectual ancestors (most notably the great Soviet neuropsychologist Alexander Luria) provided him with a model, as he puts it, for combining the romantic and the classical as forms of engagement in the world and in the lives of his patients. This combination did not diminish the “overwhelming intensity” of clinical relations, but rather allowed it to flourish.

Sacks’s intensity, even as it shifted from motorcycle leathers to the larger-than-life bearded figure immortalized by Robin Williams, did not sit easily within the hospital. He was persecuted by his preceptor in his migraine work, told that he was bringing too many extraneous matters into his analysis of headaches and prevented from publishing the work in the Unites States, only to have the preceptor plagiarize it. At Beth Abraham, he was at some point asked to leave the hospital apartment. And later, in the Bronx, working with autistic patients kept under oppressive institutional conditions, which he aggressively challenged, ruffling feathers, Sacks was accused of sexual impropriety. It is not only that Sacks’s work effectively extended the 1960s and 1970s critique of psychiatry’s normative regime to the area of neurological diagnosis, opening up to a different way to attend to both the suffering and the communicative possibilities of persons considered beyond the pale of intimacy and reason, but also that the intense, reasonable, and intimate clinical relations he entered into generated fear and concern among some colleagues and demanded the accusation of some uncertain perversion.

But the perversion here lies in the demands of a clinical, literary, and philosophical practice that finds itself given over to the body and the being of the patient in a way that depends on neurological training and yet at every juncture troubles the reduction of the “brain-mind” to the language we use to live with and care for it. In reading On the Move, in teaching myself to attend to Sacks’s emerging practice of sympathy and rigor, I found it helpful to prop up the book jacket and its picture of Oliver beautiful, sped-up, and ready to move, the surprise of the man Sacks discovered in the sympathetic practice of recollection and writing.

On the Move: A Life