“There Is Always a Norther North”: Highway 1, Alaska
There’s a fire burning by Swan Lake. For the sixth time in the last 20 years ... 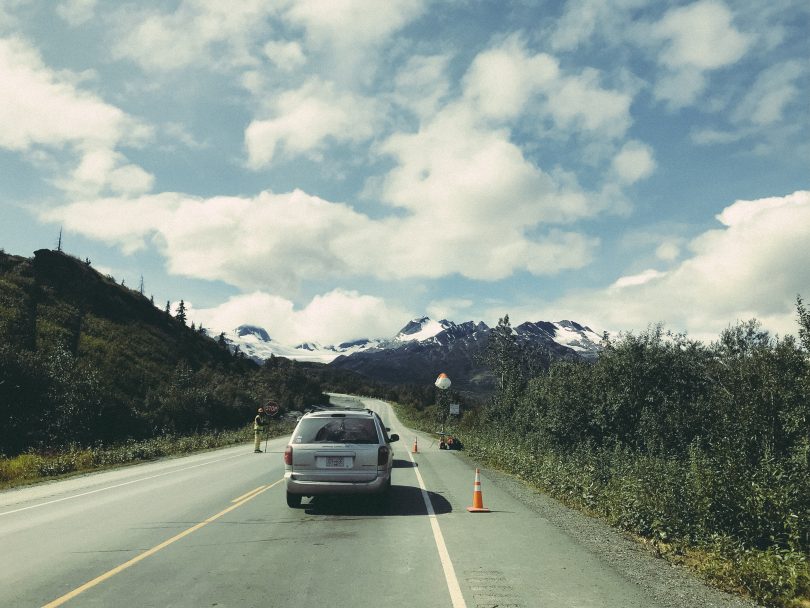 There’s a fire burning by Swan Lake.1 For the sixth time in the last 20 years, Alaskan fires have burned an area more than the size of Rhode Island and Delaware combined.2 Alaska has never had a hotter summer. Highway 1 is full of soot, the sun is a dangling orange spot, and RVs wait for a pilot car to lead them down the road from Anchorage to Homer, helping them navigate the blank white road. Sitting in traffic, one imagines that this is the future of Alaska: centuries of smoke.

Alaska is different. Even without the smoke—which spreads like fragrant thunderclouds that might burst or dissipate into fog, and which can be expected every summer now—one can never rely on a road. Rock, ice, mud, and moose keep highways from being built. The land and water must be broken. But a mountain can only be moved so far. Many villages are inaccessible, except by boat, floatplane, or hovercraft. 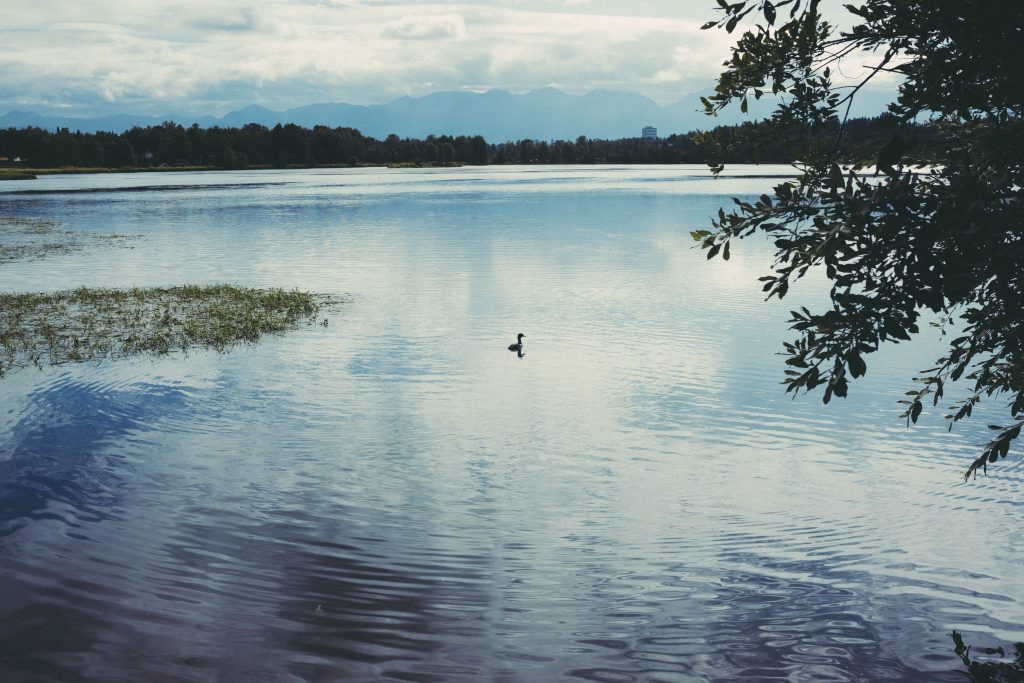 Highway 1 connects the southern tip of the Kenai Peninsula to Anchorage in the north and Glenallen in the east. These directional terms are misleading and merely relative, because Alaska is vast. There is always a norther north and an easter east. Yes, Homer is suspended four hours south of Anchorage and Glenallen is tied up another three hours east. But that route along Highway 1 covers an insignificant segment of the state, less than a fifth of its width and a third of its length.

Still, in Alaska, everyone is always going somewhere to go somewhere else. Anchorage to Homer to water taxi to camp to kayak to hike to home. Anchorage to Palmer to Glacier View to Glenallen to Tonsina to Wortmanns to Valdez—to climb waterfalls in Keystone Canyon, to traverse a glacier’s uncertain surface, pocked with deadly chutes hidden under snow, to walk up a salmon ladder, where the fish flop and die into the mouths of brown bears—to Wortmanns to Tonsina to Glenallen to Glacier View to Palmer to home. From Highway 1 back to Highway 1. 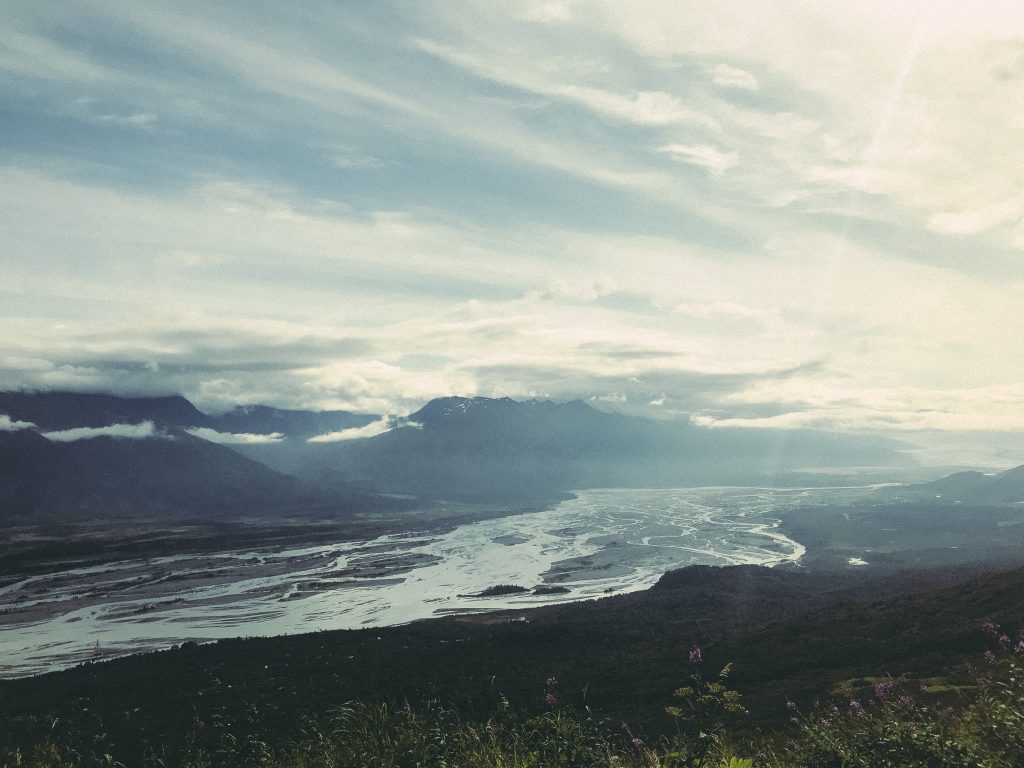 A view of the Knik River from Pioneer Ridge, Alaska. Photograph by Zach Bell

For a while, I commuted back and forth on Highway 1. One night, a creature stepped out of the woods into the road. In the smoke, and in the twilight—the sun sets briefly in Alaska in the summer—I thought it was a moose. I toed the brake, thinking that the animal would move. He froze. The man stopped and looked at me as though I should have seen him miles earlier. I leaned on the horn. He shrugged and kept walking.

A marmot hid in my colleague’s engine block. She had parked her car at a trailhead in the mountains and the marmot, which is a mammal of the squirrel family, fell asleep under the hood. It squeaked and tried to escape, but was stuck for the ride down Highway 1. 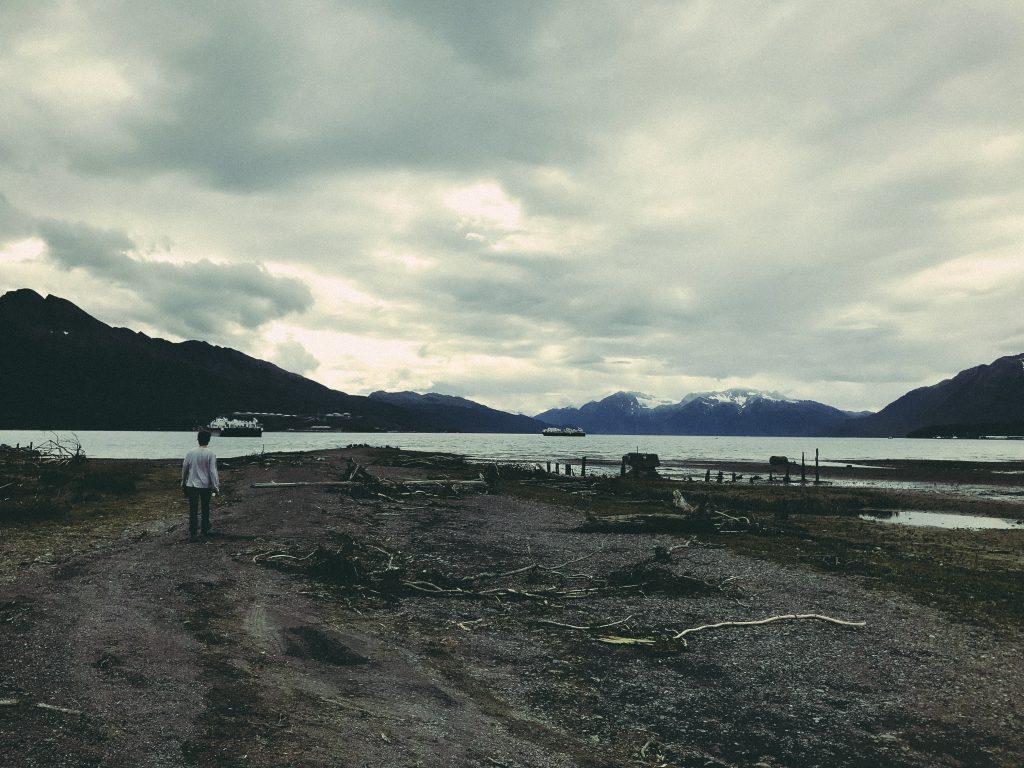 A Gravel Road at the Old Valdez Townsite (Destroyed by an Earthquake). Photograph by Zach Bell

When my colleague parked, the marmot refused to go home. She recruited a neighbor boy to lasso it. He did not succeed. Fish and Game wouldn’t believe in the marmot’s existence, but by the time she had convinced the agency of its reality by sending them a photo of the rodent, it had left.

During these endless drives, what you listen to takes on new meanings. “This will give you the feeling of the mountains in America,” Robbie Basho said before he played his steel guitar composition “Rocky Mountain Raga” at the Kulturforum in Bonn, Germany, in 1980. His voice vibrates wildly on the recording:

All my life I’ve been riding

These ranges of your heart

And now you’ve caused my heart to tremble

No one remembers the mountains for very long. I, too, lived with the mountains. I drove to Homer to water taxi to camp to kayak to hike to home. I ate pizza in a greenhouse tottering on stilts and watched a man throw stones into the ocean. All I could see of his body was his arm poised to launch—then cocked and released, repeatedly—hurling stones.

It is the fourth of October and Swan Lake is still smoldering. Expect traffic.

Featured image: Waiting for a Pilot Car to Guide Us through Some Ordinary Roadwork outside Valdez (on Highway 4). Photograph by Zach Bell