Watching “Go Fish” with My Queer 15-Year-Old
“You can wear something to be cool,” you told me, “or because another person likes it. You don’t have to be truly ‘yourself,’ or whatever.” 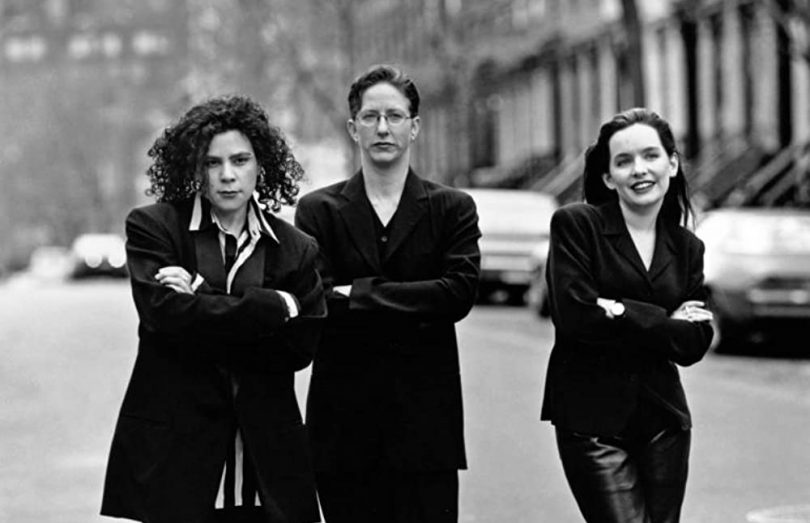 Remember how last year we watched Portrait of a Lady on Fire (2019) together? It was that French film (your choice) about two 18th-century women staring at each other for two hours and then finally kissing for five seconds. It didn’t seem like much fun to me, but I kept that opinion to myself, knowing how few films you had to relate to as a 15-year-old queer girl. But a few days later you showed me the SNL spoof “Lesbian Period Drama,” which caricatured Portrait of a Lady on Fire’s “glance choreography,” “grazing fingers,” and “best supporting actress nominee: the wind.”

“Not everything is, like, a metaphor,” you said. “Some things can actually happen.”

I don’t remember exactly how I bribed you to watch the classic ’90s lesbian indie film Go Fish with me, but I know bribery was involved.

“This is black and white?” you asked skeptically as the credits rolled. “I’m a kid. I need to be entertained.”

I’m always trying to expose you to “boring,” “old” cinema, which to you is anything made before 2007. I understand the pacing of these films must be agony. But some of my favorite feminist movies were made in the ’70s (if you can imagine a time that far back): Jeanne Dielman; Wanda; Alien. And, to be honest, I don’t see much around right now that I think is equally brave.

Go Fish, directed by Rose Troche, came out when I was in my mid-20s. Even to a straight girl like me, it was pretty exciting, one of the first films written, directed, and acted by lesbians. It may have been the first lesbian romantic comedy ever.

Admittedly, it does start out slow. A woman named Max sees long-haired Ely in a cafe and rejects her as “ugly,” with a “severe case of hippie-itis.” It is 1994, and she, Max, is all about her backward baseball hat, long shorts, and short boots. I love that classic look for her. Max’s roommate Kia (T. Wendy McMillan) throws Max and Ely together on a disastrous blind date.

“Let me go over the things about her that were really working for me,” Max reports back to Kia sarcastically. “Dresses like my mama in the ’70s; had a hundred different kinds of tea, all decaf.”

The acting in Go Fish is utilitarian, and some of the cinematic conceits are pretty film school-y (a bell tolling over a black screen, paper falling). At first you feel that these women—the director Rose Troche, her writing partner and once girlfriend Guinevere Turner (who also stars as Max), V. S. Brodie as Ely, who at one point visibly struggles for her lines, and the rest of the cast and crew—have thrown the thing together and it is barely holding.

But this is a romantic comedy. The real question is, of course, how can the gang bring the hippie and the cool girl together? High jinks ensue: a dinner party, more talking.

Then Ely, feeling the weight of her hippie hair, or maybe just wanting to seduce Max, gets a high faded stone butch crew cut.

“Ely does look a lot hotter with short hair,” you commented. “Younger, too.”

She does. Without the long hair, Ely suddenly has a boyish swagger, and she starts buttoning her collar shirts all the way to the top. Even her acting is better. Her haircut mojo is so profound, in fact, that when Max runs into her leafing through the zines at the comic book store, the dynamic between them instantly recalibrates.

Ely’s haircut stokes Max’s attraction and seems to give Ely courage, and their love takes wing. 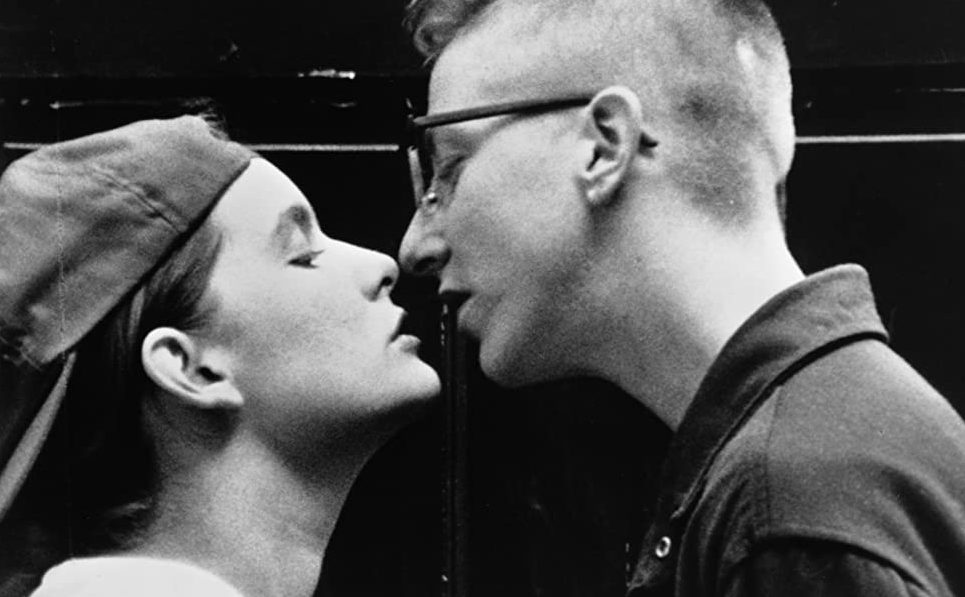 I wondered aloud to you why we react to Ely’s haircut so positively. Wasn’t Ely just giving in to pressure to be less authentically herself? Had she liberated herself from the male gaze only to feel pressured to audition for a ’90s’ lesbian gaze? Wasn’t that what capitalism and the patriarchy told us straight, cis women, too—to change ourselves in order to attract a mate?

You said, “I mean, I do that. Inside I’m more butch than I dress, but I don’t think a butch style would look good on me, so I dress more femme than I feel.”

I was surprised. I thought your gender-bending style—your lug-soled shoes and vintage slip dresses and plaid shirts and ripped fishnet stockings and messy eye makeup and men’s pants three sizes too big—meant that your generation was presenting itself in a purer, more liberated way than mine did, a kind of retro genderqueer celebration. As if Kurt Cobain and Courtney Love and their whole grunge drama could all be rolled up into one outfit.

“It doesn’t matter,” you said. “You can wear something to be cool, or because another person likes it. You don’t have to be truly ‘yourself,’ or whatever.”

Once I’d thought about it, your attitude made sense to me. Having grown up on social media, for you it was not so much a question of “Who am I?” as “What audience am I trying to connect with?” You understood almost instinctively how constructed the self was; after all, you’d had a YouTube channel when you were seven. It seemed very sophisticated to me, actually, this understanding that your presentation was not some real reflection of who you were. It made me feel naïve in comparison. My generation was obsessed with the idea of authenticity, with deconstructing appearances and ideologies to reveal what was “really” there. And I tend to see queer spaces, particularly female-dominated ones, as being especially free and self-actualized. Maybe that’s because I spent my undergraduate years at a women’s college and was happy there. The small rooms of Go Fish feel like a place where I could spend the day drinking a hundred types of decaf tea and talking about things I actually care about.

I asked you how it felt to you to be in the all-lesbian space of the movie.

“It passes the Bechdel test,” you said. You noticed that the characters argued but never fought, and that made sense to you. You thought that when girls in high school fought in real life, it was mostly for male validation.

It almost passed a reverse Bechdel test, I noted. The question is: Do two women in Go Fish ever talk about a man? Only when they absolutely have to.

It was a simple point, but I’m glad you noticed it. I never fought with anyone at Bryn Mawr, except for a few times freshman year, as if we were screaming the patriarchy out of our bodies. We were a bunch of smart dorky women and no one cared. No one thought it was weird that we sang to Athena in ancient Greek. No one blinked when a group calling itself the Society for Creative Anachronism would show up at the dining hall once a month wearing medieval garb and eating with steak knives.

Go Fish has that same, almost utopian, feel to me: a community of people living exactly as they want to live. The fact that they constantly rehash the finer points of their identity and lexicon is just part of the utopian project. Everyone has to be respected, and sometimes everyone has a point.

Funny how Go Fish anticipates the conversations you and I would be having 28 years later, like in that one lesbian-inquisition scene. Remember that? Daria, the “ho,” has a one-night stand with a man and then walks through empty streets, imagining herself being beset by two women in leather jackets and hustled off to a sex-traitor trial. The shock of this moment is in the fact that, by this point, we have completely forgotten that men exist.

“You just can’t stay away from that dick,” Daria’s inquisitors glower.

Daria tries to defend herself. “Exactly how much time has to pass before I regain my lesbian status?”

It’s almost as if the film foretells internet trolling.

After it was over, you told me that you liked the romance between Ely and Max a lot, but you related to Daria’s inquisition dread the most.

“I see this all the time on TikTok. People say you’re not a real lesbian if you’ve had sex with a man.”

You said you often worry if you really “count” as a lesbian if you are attracted to a transmasculine person, a nonbinary person? Are you pan? Bi? It’s so hard to say, when your only significant other was someone you met online and never spent time with in real life, and you broke up after five days.

I was so happy when you came out to me as a lesbian when you were 13. I thought, Thank god my daughter never has to deal with men, #blessed. I’m not saying women won’t break your heart, but they generally won’t murder you.

But I wonder if there will ever come a point when women, straight or queer, do not have to interrogate ourselves according to some standard of perfection. Almost 30 years later, you seem to be asking yourself the same questions the women in Go Fish are asking: How can I be a good lesbian? What makes me worthy of belonging to this tribe? How can I measure my queerness against a constantly shifting scale of what that’s supposed to look like?

For my part, these days, it seems as if 45 percent of my time is taken up with not wanting to be something. The Karen; the yoga pants-wearing Goopette; the vaccine-denying New Age weirdo; the middle-aged lady fanning herself and moaning about her hot flashes; the mom who collects mugs with inspirational sayings she bought at TJ Maxx. Maybe I would be “myself” if I could get all those other women out of my head.

I’m so happy that you liked Go Fish, black and white and all! But I think what I liked best about it were the conversations we had. I hope we keep on having them.

And can we please watch Chantal Akerman together? Please? Maybe? 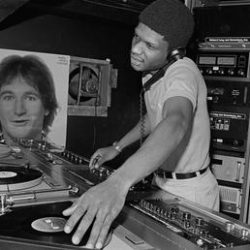 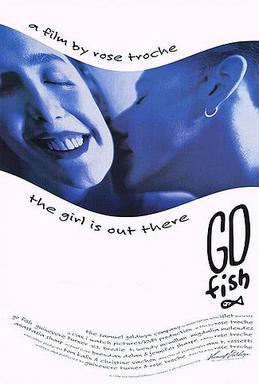