Gun Studies Syllabus
In the aftermath of the Parkland school shooting of February 14, 2018, scholar Danielle McGuire invited historians on Twitter to propose readings that would provide resources for gun control ... 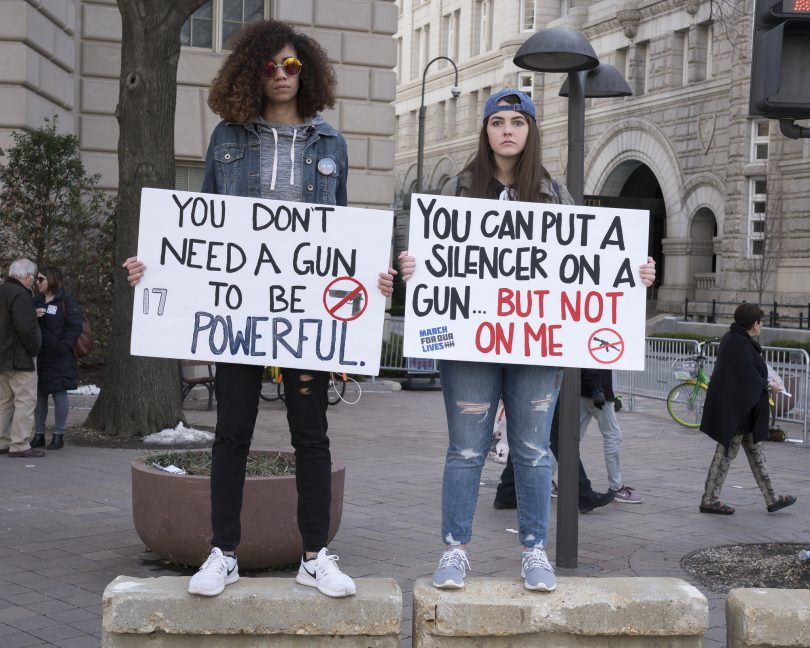 In the aftermath of the Parkland school shooting of February 14, 2018, scholar Danielle McGuire invited historians on Twitter to propose readings that would provide resources for gun control activists. In response, Public Books reached out to scholars Caroline Light and Lindsay Livingston to develop a Gun Studies Syllabus.

There are an estimated 310 million firearms in the United States today—more than one gun per person—and while the US comprises about 5 percent of the world’s population, its inhabitants possess over 40 percent of the world’s guns. The US also experiences more gun deaths than any economically comparable nation: more than 38,600 in 2016, with nearly two-thirds of them suicides. How did the nation get here, and what is it doing to prevent gun violence? To answer these questions, this syllabus provides an interdisciplinary introduction to America’s unique “gun culture.”

“To Keep and Bear”: An Introduction to Gun Culture in the United States

This week’s readings seek to demystify and question what is meant by “gun culture” and to introduce some popular databases by which gun ownership and gun violence have been tracked and studied in the contemporary US.

The week’s readings address the nation’s unique legal foundations, particularly the Second Amendment to the US Constitution, in which a right to “have and bear arms” was articulated, while exploring some of the transitions and exclusionary frames through which “Second Amendment Rights” have taken shape over time.

How has firearm ownership and use been protected—or not—via the Second Amendment? Which populations have been excluded from the right to have and bear arms, and in the interest of which power structures?

How the West Was Won: Guns and the Cowboy Mythos

How was the West “won,” and what kinds of violence do our nation’s “Wild West” mythologies obfuscate or silence? This week’s readings unpack and critique traditional notions of the heroic armed “cowboy” whose pluck and determination supposedly tamed a “wild” frontier.

“This Nonviolent Stuff’ll Get You Killed”: Civil Rights and Armed Resistance

Although today historians tend to celebrate the Civil Rights Movement as an example of nonviolent resistance, in the 1960s and 1970s many activists advocated armed self-reliance to oppose white supremacist violence. This week’s readings illuminate what happened when African Americans mobilized their Second Amendment rights to defend communal safety and claim the privileges and protections of full citizenship.

“Not Without a Fight”: Community Defense and Survival

To what extent is lethal self-defense experienced as a universal right in the contemporary US? How do people who are subject to multiple, overlapping exclusionary regimes protect themselves from violence? How do our nation’s legal structures protect the rights of minoritized individuals to “stand their ground” when they feel threatened?

This week’s readings explore the complex performances of “armed citizenship” through which Americans take control of their own safety in what they perceive to be an increasingly dangerous world. Based on what kinds of criminal threats are these subjectivities taking shape? And what happens when armed “law-abiding” citizens misidentify other citizens as threats?

Wayne LaPierre of the NRA famously claimed that the only thing that stops a “bad guy with a gun” is a “good guy with a gun.” What are the race and class assumptions embedded in this logic of vulnerability and threat? How do these assumptions draw on genealogies of white supremacy? When everyone is armed and ready to kill, how does one discern the “good guys” from the “bad?”

“What a Bullet Can Do”: Public Health and Gun Policy

How does gun ownership affect public safety and health? Even as firearms outnumber people, and as more civilians acquire military-grade weaponry capable of mass killing, policy-makers and elected officials have resisted addressing gun violence as a public health issue. What are the legacies of the Dickey Amendment’s limitation on federal funding for scientific research on gun violence?

“Gun rights” lobbyists argue that guns will prevent rapes and other violent attacks on women, but evidence shows that the presence of guns in a home actually undermines women’s safety. Furthermore, women are more likely to be attacked or killed by their own intimate partners than by criminal strangers. What are the political, racial, and gender-related implications of the NRA’s appeal to armed womanhood? Who is left out of the “armed and fabulous” narrative, and how is the threat of gendered violence articulated within that narrative?

How did firearms become a household commodity, and how has their marketing changed over time? This week’s readings address the ways manufacturers have framed their advertising to reflect different, often gendered and raced, assumptions about gun ownership and use.

“Another Day in the Death of America”: The Militarization of Everyday Life

What are the cultural and political consequences of unfettered “gun rights,” and how do police and civilians alike become complicit in a militarized culture? This week’s readings address the recent proliferation of firearms in public spaces and their impact on vulnerable populations.

We end with a section on contemporary debates over “gun rights” and a look at nascent student-driven movements for commonsense gun regulations. What kinds of policies have leaders suggested for curtailing mass killings, and what kinds of solutions are proposed at the grassroots level?

For their help in developing the syllabus, the authors wish to thank Deborah Azrael, Laura Browder, Matt Miller, and Joey Wertz.