Poetry in Times of Crisis
Even on a college campus, you rarely spot a poem out in the open. When you do, it’s often a sign that something terrible has happened. In the days after the 2016 presidential election, I came across ... 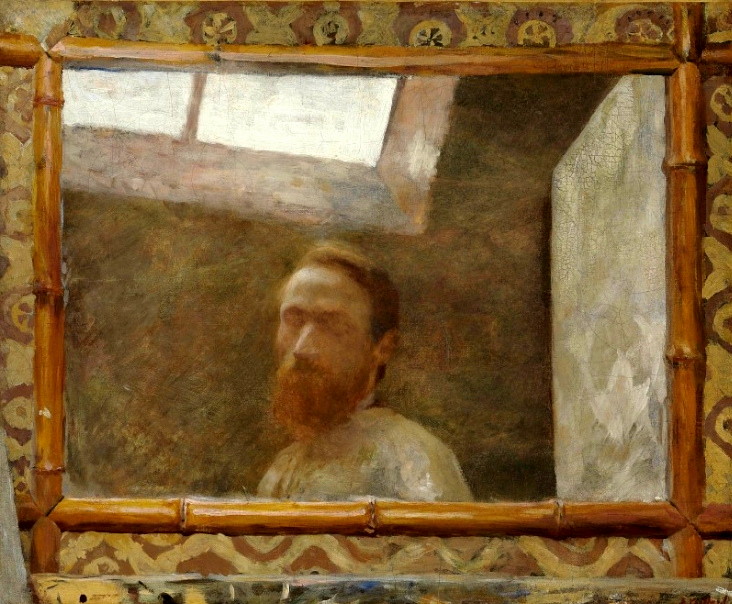 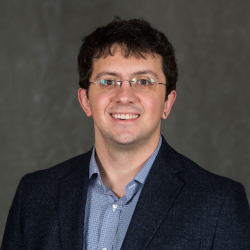 Even on a college campus, you rarely spot a poem out in the open. When you do, it’s often a sign that something terrible has happened. In the days after the 2016 presidential election, I came across more than one printout of the W. H. Auden poem “September 1, 1939” posted on office doors and bulletin boards. This poem, written at the brink of World War II, bemoans the suffering ahead and invokes the better angels that might carry us through. A quiet consolation comes in the final stanzas, which tell us “We must love one another or die.”1

Auden ended up disliking that poem. He saw it offering false comfort and tried revising the key line to “We must love one another and die.”2 No doubt that’s more accurate, but the original version helps many of us feel a little stronger and less alone. The Auden line that has always stuck with me, though, comes from his elegy for William Butler Yeats, which famously announces, “poetry makes nothing happen.”3

A colleague mentioned that line when our faculty meeting turned to the election and what to do. According to him, it means we must not content ourselves with teaching literature but must take real action, make something happen. It seemed useless to tell him he had completely misconstrued the poem. Auden celebrates poetry’s ability to preserve and persevere; it makes “nothing happen” by preventing certain kinds of loss and change. Yeats’s poems did nothing to prevent his death, in other words, but they help him endure in our memory.

I share Auden’s hope that, instead of making something happen, poetry equips us for a kind of survival—even resistance—that might prove vital in coming years. But I also share his concern that believing this will distract us from more urgent matters.

Burt’s selections and his essays will remind even the most dispirited readers of the sustenance that poetry can provide, and why we bother to write and read and teach it.

Auden died too soon to get a poem into Stephen Burt’s latest book, The Poem Is You: 60 Contemporary American Poems and How to Read Them. Nonetheless, I approached this volume distracted by the questions that Auden’s maxims raise. Does poetry supply exactly the kinds of guidance and solace we need in times like these? Or are poets and poetry lovers a lot like armchair philosophers, backseat drivers, and Monday-morning quarterbacks, offering grand pronouncements and clarity in hindsight, but making nothing really happen?

It would be unfair to hope Burt might resolve these questions, but The Poem Is You does provide instructive models of what reading contemporary poetry can do, politically and otherwise. Among other aims, Burt’s selections and commentary work to imagine how poetry might still (or again) have a public audience beyond the halls of academia—how contemporary poetry might advise and comfort a people in difficult times, as Auden’s did.

The book’s structure is simple but unusual. Burt presents 60 short poems, each by a different poet, in chronological order of publication. The book begins with a John Ashbery poem from 1981 called “Paradoxes and Oxymorons,” whose last line supplies the title of the book, and ends with Ross Gay’s “Weeping,” first published in 2015. Burt follows each poem with a little essay about it, usually three to five pages long. These readings mix attentive textual interpretation with an impressive range of contextual points, from the history of poetic forms to the biography of the poet. Few living critics can match the grace, economy, and insight of Burt’s close readings. Although he does not take literary critics as his primary audience, his book offers us a master class in the practice of criticism. Many scholars today prefer to give historical accounts of a text’s production and reception—or else to let computers do the reading and make colorful graphs about books. Without succumbing to the naïve aestheticism of which good readers are sometimes accused, Burt’s vignettes remind us how powerful a close reading can be, how crucial to getting at whatever a poem has to offer. For instance, his discussion of Rae Armantrout’s “Our Nature” begins by asking us to look not at the poem but instead at an old photograph of ourselves. Armantrout’s poem, as Burt explains, dramatizes how such gestures of self-regard can make us feel by turns isolated and socially engaged.

Each essay shines on its own precisely because the readings do not build toward a broader argument. If these 60 interpretations together suggest a way to read poetry in general, they do so only implicitly. Lacking a central thesis, the book occupies a weird place among the genres of criticism. Its structure recalls a textbook, but it does not attempt to cover a field systematically. Its chronological organization and its focus on a certain period and nation evoke an anthology. However, the essays are longer and more fun than the headnotes in anthologies, and Burt does not present these selections as especially representative of American poetry since 1980. Instead, he offers a series of “overlapping, connected stories about the states of the art,” discussing poets minor and major, experimental and conventional. Those already familiar with the field will recognize many important landmarks and some welcome surprises; those new to it will enjoy a manageable path through sometimes difficult terrain.

Although Burt makes no systematic argument, he does note that all of the selected poems “take on at least one of two tasks.” Many of them “let us imagine someone else’s interior life,” and others “make language strange” by using words in “highly patterned ways,” underscoring how words have sonic and visual dimensions. By juxtaposing these two tasks, Burt calls for moderation. Devotees of poetic experimentation often dislike poems that disclose inner life, as if a poem were just a fancy kind of diary entry. As avant-gardists, they often seek less expressive, less individualistic ways of writing. Mercifully for them, Burt’s second criterion, linguistic playfulness, also references the kinds of experimentation that make recent American poetry so notoriously difficult and, for many, so interesting.

Burt acknowledges a lineage of experimentalists “who want poems that do not rely on notions of individual consciousness, feeling, or voice,” and he includes some exemplars: Robert Grenier’s “Shoe from the Waves,” kari edwards’s  “>> > >> > >> PLEASE FORWARD & > >>,” and Robyn Schiff’s “Lustron: The House America Has Been Waiting For.” He also, however, correctly indicates the limitations of such anti-individualist commitments, for even impersonal poems have “been appreciated, shared, and imitated by individual writers, most of whom used their individual names.” For this reason, the book includes “more poems that tell or at least imply stories, more poems that portray consistent scenes, and fewer contributions from the precincts of contemporary ‘experiment’” than Burt anticipated. His best rationale for this moderation is “pedagogical: some of those [experimental] poets require that you have read others—they are, so to speak, more specialized, or more advanced.”

Burt offers excellent accounts of challenging poems by Carla Harryman, Harryette Mullen, Michael Palmer, and others. He also rather sheepishly begins his reading of the Harryman poem, the first really difficult piece in the book, by assuring readers, “If you want to skip ahead to other kinds of poems and come back to this one, go ahead.” Some might blame the culturally marginal status of poetry today on the laureled obscurantists around whom Burt tiptoes. He intends this collection primarily “for readers not already familiar with the exciting, crowded, confusing space of recent American poetry.” Perhaps it is defeatist to wonder how many interested novices Burt can possibly find outside the undergraduate classroom, but he deserves credit for his effort to conjure such an audience, and to support the public life of poetry more broadly, by writing with their tastes and interests in mind.

Burt’s vignettes remind us how powerful a close reading can be.

It’s easy to second-guess particular selections in a book like this, but I hesitate to do so. I linger with the question of the poetic avant-garde’s place in the collection only because the status of experimentalism in recent poetry remains intensely contested. Critics have asked, for example, how gender or ethnic identity can be harmonized with anti-individualist poetics. In 2015, Cathy Park Hong and many others denounced Kenneth Goldsmith for his poetic appropriation of the autopsy report on Michael Brown, the African American teenager shot by police in Ferguson, MO.4 These critics argued that Goldsmith’s poem depersonalized the police violence that people of color experience. On the other hand, some avant-garde poets—including Goldsmith, Craig Dworkin, and Vanessa Place—have equated the call for a diversity of poetic styles with a neoliberal quietism, a lack of political commitment.5 To accept the poetry of individualism, they think, is to embrace the bourgeois fever-dream in which one’s personal feelings take priority. Readers of this sort may see Burt’s openness to more approachable, conventional poets as a misrepresentation of what really matters in recent American poetry, a capitulation to the political inertia embodied in old poetic modes. Such readers might see Burt’s willingness to play more traditional games as a failure to advance the cause of politically salient poetic experimentation. But I am not so sure; The Poem Is You contains work by Adrienne Rich, Claudia Rankine, and others whose poetry is quite politically engaged. Reading this book since November 9, I also find solidarity more attractive and, yes, more comforting than retrenchment.

Perhaps I needn’t have framed this commentary with the mournful bunting of election references and gloomy lines from Auden. The Poem Is You contains poems by Robert Creeley, Jorie Graham, Terrance Hayes, and Cesław Miłosz that voice as poignant a sense of despair and as buoying a will to endure as those of Auden. Burt’s selections and his essays will remind even the most dispirited readers of the sustenance that poetry can provide, and why we bother to write and read and teach it.

Closing this collection and reflecting on it as whole, I recall the hesitant optimism of a less famous line from the close of “September 1, 1939,” in which “Ironic points of light” wink from the political darkness “wherever the Just / exchange their messages.”6 Burt’s book contains many such points of light. They shine ironically because, even as poetry makes nothing happen, it restores to us vocabularies of survival and affirmation that we may sometimes feel we’ve lost. 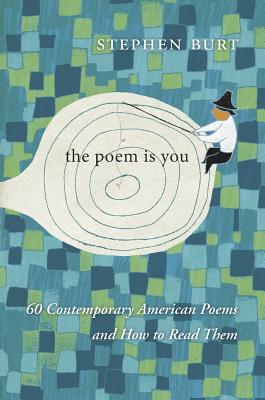 The Poem Is You