The State Will Not Save Us
In policy circles today, the primacy of the capitalist state in efforts to confront climate change is a given. This is a premise worth questioning. 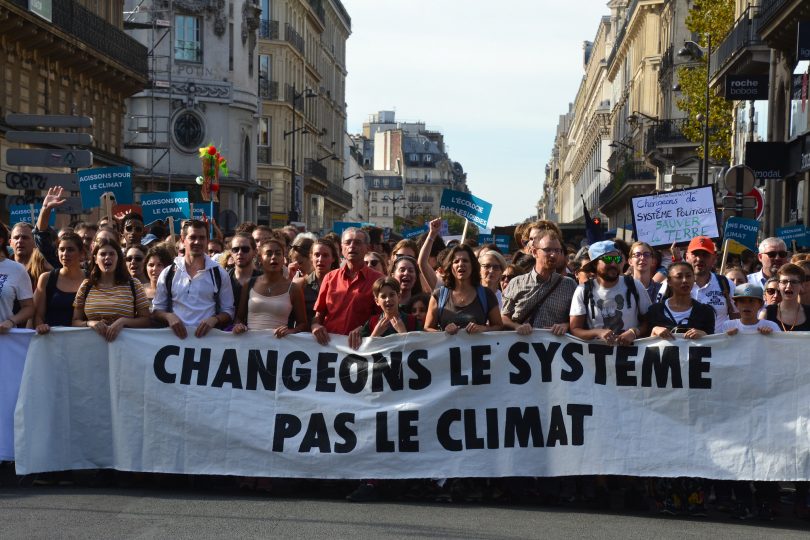 The Paris Agreement on Climate Change is just three years old this week but already under attack. In response, and in support of further necessary action to address the changing climate, the US magazine Public Books and the French magazine La Vie des Idées offer a collaborative series of articles examining the intersection of climate change and capitalism.

In August 2018, a consortium of the Netherlands Environmental Assessment Agency, Yale University, and others released a report examining the climate mitigation commitments of over 6,000 cities and regions, as well as over 2,000 firms (with a total revenue exceeding 21 trillion USD), based in the EU and nine “high-emitting” countries (Brazil, China, India, Indonesia, Japan, Mexico, Russia, South Africa, and the US). The authors laud the commitment of some businesses and subnational governments to reduce carbon emissions in line with the Paris Agreement of 2015. The report concludes, however, that although these efforts appear significant, they are “still not nearly enough to hold global temperature increase to ‘well below 2°C’ and work ‘towards limiting it to 1.5° C.’” The only hope of meeting the targets laid out in the 2015 agreement, the report says, lies with “national governments” working domestically and in coordination with other nations.

One of the premises of our book, Climate Leviathan, is that much of what should concern us about our rapidly warming and volatile planet is what it will mean politically—in the communities where we live and at other scales. While the environmental problems climate change promises—drought, heat waves, superstorms, ocean acidification, species extinction, and more—are terrifying in themselves, the ways that human communities might respond are even more frightening. We are frequently told of climate change’s implications for our lives in the world as it presently works—it makes us stupider, meaner, less productive, and so forth. But our gravest concerns become visible in the increasingly frequent invocation of future worlds defined by resource wars, starvation, unprecedented mass migration, epidemic disease, and violence. It is getting harder to avoid references to dystopian fantasies like Mad Max.

To argue that our only hope of meeting the Paris commitments lies with national governments is to argue that sovereign territorial nation-states are the only hope for stable human communities of the future. This is a political or ideological claim, not an environmental or scientific one. The claim that the state (and inter-state cooperation) has the best shot at saving civilization is not based on the state’s proven capacities for environmental management, its record of mitigating environmental damage, or the historical achievements of “sustainable” states. The record on these fronts is actually not good. Instead, the emphasis on the state stems from its unique capacity to organize our collective lives. The implicit premise is that if anything will allow us to avoid the violence toward which we seem to be hurtling, it is the state—or better, the unification of capitalist states, collaborating to save life on Earth. This is a premise worth questioning.

In policy circles today, the primacy of the capitalist state in efforts to confront climate change is a given. For varied institutions like the World Bank, the EU, the United Nations Framework Convention on Climate Change, and the Intergovernmental Panel on Climate Change, the fact that markets and the state provide the means to our collective salvation is common sense. Liberalism’s approach to existential challenges is characterized by an ironic conservatism: regardless of the specific problem, the solution is always some mix of markets and the state. These are the only two ingredients required for any political recipe. What we call in Climate Leviathan “Green Keynesianism” epitomizes this response.

It is not just centrist liberals who find in the state the only possible means to face the future. Many progressives, including social democrats and socialists, share this basic premise, although in contrast to liberal policymakers, they typically try to defend it explicitly. Christian Parenti’s engaging book Tropic of Chaos is exemplary in this regard. It documents our drift toward a world of militarized green oases (for the rich) surrounded by a hot and frightening desert of scarcity (for the many). Parenti argues that the role of the state is fundamental in the struggle with climate change. Likewise, in Alyssa Battistoni’s compelling and subtly argued response to Climate Leviathan in The Nation, the state is treated as one of the better tools we have at hand, and so, she contends, we should use it. 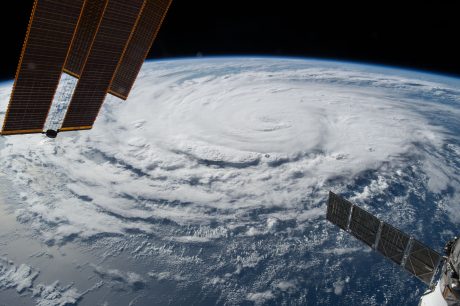 While acknowledging the great merit of these arguments, we would encourage climate justice movements to stand at a distance from them, at least long enough to consider some problems. These begin with the fact that the claim that the state is essential to climate justice (both in liberal capitalist democracies and elsewhere) relies on the assumption that the state can be made to do what it has so far utterly failed to do: meaningfully organize to confront climate change.

With practically no exceptions on the surface of the planet, the state has proven itself unwilling and unable to do anything close to what is necessary—with respect to both mitigation and adaptation—to address climate change, let alone climate justice. Consequently, as Battistoni points out, the left argument for the state presupposes the possibility that progressive forces can seize the reins of the state, and soon. But if it will take a long time to get states to do the important things that need doing, then the argument for the state is much less compelling. Timing matters: a state along the lines that Parenti or Battistoni would like to see may be welcome whenever we realize it, but the current conjuncture requires an immediate response.

Another reason to question the premise is the very nature and conception of the state that underlies it. That state will be defined along the lines of Max Weber’s famous definition: “A state is that human community which (successfully) lays claim to the monopoly of legitimate physical violence within a certain territory, this ‘territory’ being another of the defining characteristics of the state.”1 As Weber emphasized, the essence of the violence that is “the means specific to the state” is that it is exercised in the interest of compromise among the powers that be.2

At the heart of the modern capitalist state, at least in its favored liberal-parliamentary form, lies the art of compromise. Yet parliamentary compromise, we are often reminded these days, only works if the competing powerful actors share sufficient stakes in the overarching political-economic order. It also requires a stable enough existential condition in which trade-offs made today will be meaningful tomorrow. But the forces with which the national-scale state must coordinate a compromise include—at least in the short term—a capitalist bloc that utterly refuses all but the most superficial climate action, to say nothing of redress for injustices caused by past and future carbon emissions.

While the state is often identified as the only means to achieve what is required in the time we have, history suggests otherwise.

We should not be naive enough to imagine that capital is going to give up if those who care about climate justice could somehow get hold of state power (to say nothing of the “inter-state” nature of the tasks ahead). Moreover, there is little room for any kind of compromise on the measures necessary to slow down and adapt to climate change in any kind of just manner. The state that institutes or enables the necessary changes is inevitably going to need to exercise the monopoly on legitimate violence in its territory. And it will have to do so with very little in the way of compromise. What happens if some powerful groups or regions opt out? And what if, meanwhile, our world becomes just too unstable for bargaining?

In recent decades some of the most radical attempts to transform capitalist societies have been made by social movements in Venezuela, Ecuador, and Bolivia. All three ran aground on the problem of shifting economic life away from the mining and export of fossil fuels. Even there, compromise was inevitable. Partly this is a function of size and complexity. Most nation-states today are complex enough that the only possibility for managing them in a manner that does not threaten their coherence lies in the “give-and-take” choices, backed by the coercive power to impose the choices made, that Weber highlighted.

In our current conjuncture, the political result is little short of disaster. Most of the world has been moving farther and farther to the right, with authoritarianism increasingly the norm; but even those liberal societies with moderate governments are fatally capitulating to fossil fuel capitalism. Canada is a prime example. To be sure, when compared to Trump, Modi, or Erdoğan, Canadian Prime Minister Trudeau appears like a paragon of reason and tolerance. Yet the Canadian state’s strategy to address climate change blends liberal rhetoric with emissions increases and brutal dispossession. When First Nations and the environmental movement gained sufficient strength to block several proposed pipelines, the Trudeau government essentially nationalized the network to insure an expanding flow of fossil fuels. All this while peddling a commitment to meet Canada’s “climate commitments.” For us on the left, this is blatant hypocrisy and violence. To petro-capital, it is compromise.

Then there is the US government, called from central casting to play the part of Earth’s villain, the bad guy who cooked the planet. These days Trump gets most of the criticism, but the failure of the United States to address carbon emissions stretches back decades and has proven a resolutely bipartisan affair. The 1997 vote in the US Senate for the Byrd Resolution against the Kyoto Treaty was 95-0. 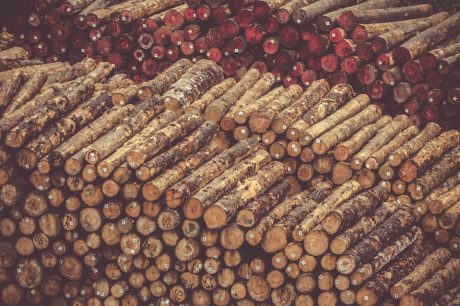 “A Gun to Our Heads”

Our point is not simply that if a green capitalist state could be realized, it would not be as good as a climate politics that rejected the state as its principal means. Rather, it is that such a state is, if not impossible, almost unbelievably unlikely. There is no evidence to suggest otherwise. Indeed, all the available evidence would suggest that the state has almost always played a key role in the creation of this mess, not to mention the violence that has preserved it. There is, however, considerable evidence to suggest that non-state actors—including in the Canadian case many Indigenous groups who explicitly reject the state—are much more likely to create the conditions for the kind of change the moment demands. In the key fight against the Trans Mountain Pipeline Expansion in British Columbia, for example, Indigenous and allied organization and opposition on many fronts have had the biggest positive impact on Canada’s disastrous climate trajectory. Partly for this reason, the general consensus in the climate justice movement in British Columbia is that the sooner that Indigenous rights and titles are fully realized, and the influence of the Canadian or any other state has been reduced across their territories, the better off we’ll all be.

So while the state is often identified as the only means to achieve what is required in the time we have, history suggests otherwise. Given the limited nature of the resources at the disposal of climate justice movements, and the compressed timelines to ensure futures we all might look forward to, to prioritize “turning” the state is largely a hindrance. Around the world, more and more people are putting themselves on the line to arrest calamitous developments and to build new socio-environmental orders that refuse compromise. If our world is to be just and livable for future generations, many more must follow their lead.

Suggestions for Reading and Action