Thinking Critically about Critical Thinking
At Loyola University New Orleans I teach a seminar on David Foster Wallace—a class I designed at the urging of several students. One day late in the semester we were tackling Wallace’s very short ... 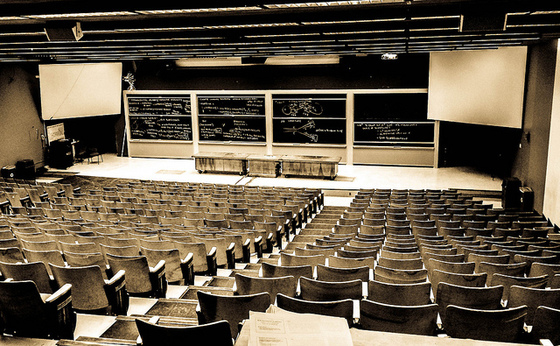 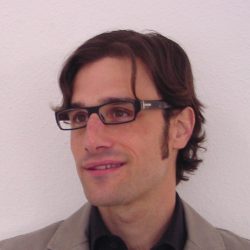 At Loyola University New Orleans I teach a seminar on David Foster Wallace—a class I designed at the urging of several students. One day late in the semester we were tackling Wallace’s very short story “Incarnations of Burned Children.” Four students in the class immediately and enthusiastically declared that they had read and discussed this story in their Introduction to Creative Writing courses, several years prior. I asked what they had learned about it, and not one of them could produce anything beyond a rather equivocal answer: “I think it was supposed to teach us how to tell a story.” I pushed them to recall the specific lessons the story held for beginning creative writers. I asked what sort of textbook this story had appeared in, and one student described the book, mentioning that it was “the kind of anthology with a list of critical thinking questions after each piece.” My ears perked up. What sort of questions were these? No one could remember any of them, even in the most general terms.

I let it go, and we went on to have a lively discussion about Wallace’s manipulation of time, and the red herrings of symbolism in the story. But the spectral “critical thinking questions” stayed with me, aggravating a growing interest I have in this phrase. I had been reflecting on “critical thinking” for the ways it attained buzzword status on college campuses, signifying something important, even necessary—but something equally difficult to pin down or articulate. I find myself frequently repelled by how these two words are required to appear on certain syllabi, or how they get trotted around as a transcendent sort of skill that students are supposed to learn in a paradoxically quantifiable way. How does this phrase function, and what do we want from it? To get at these questions, we have to approach the topic … critically.

Consider this two-tier explanation from the University of Louisville website:

After a careful review of the mountainous body of literature defining critical thinking and its elements, UofL has chosen to adopt the language of Michael Scriven and Richard Paul (2003) as a comprehensive, concise operating definition:

Critical thinking is the intellectually disciplined process of actively and skillfully conceptualizing, applying, analyzing, synthesizing, and/or evaluating information gathered from, or generated by, observation, experience, reflection, reasoning, or communication, as a guide to belief and action.

On the one hand, this elected definition would seem to be fairly airtight and straightforward: critical thinking is the application of information to shape decisions. Easy enough. On the other hand, this definition is so capacious as to nearly explain away the very thing it seeks to describe. Critical thinking is an “intellectually disciplined process”—overarching (or sidestepping) all disciplines per se. It involves a chain of “and/or” activities that can happen in so many contexts (including the most ordinary “experience”) that one would be hard pressed to find a place where it isn’t happening, on some level. It is a sort of mental Swiss Army Knife, able to unfold a range of analytic tools depending on the circumstances. Closing out the citation, there is the suave conjunction of “belief and action.” If only the connections between thought and action were so simple as to be causal. But as Marx once shrewdly pointed out, “one does not judge an individual by what he thinks about himself … but, on the contrary, this consciousness must be explained from the contradictions of material life.” In other words, just because teaching is conducted under the explicit rubric of critical thinking, it cannot be taken as a given that expected actions will result. Rather, students’ actions in the world will tell you if critical thinking has taken place. This might pose problematic parameters for assessment, to say the least. (Incidentally, this all-encompassing field of learning may begin to sound like more than college professors signed on for.)

The phrase “critical thinking” would seem to be caught in a double bind, its first word trapped in the very vernacular mist that such mental effort is supposed to dispel.

If the stated imperatives of critical thinking do not necessarily render anything real in the world, anything remembered, then critical thinking can amount to mere mental exercise, a sensation that wisps away like the fading afterglow of a brisk walk or bike ride. The metaphor of a physical workout is more than simply convenient. In puzzling over the phrase, I asked my composition & rhetoric colleague Kate Adams for her suggested reading, and Kate directed me to John Bean’s seminal work Engaging Ideas: The Professor’s Guide to Integrating Writing, Critical Thinking, and Active Learning in the Classroom, first published in 1996 and republished in subsequent editions.

Bean’s study launches from the basic assumption that humans are naturally problem-solving creatures: “Presenting students with problems … taps into something natural and self-fulfilling in our beings.” Citing Ken Bain, Bean asserts that “‘beautiful problems’ create a ‘natural critical learning environment.’” As Bean goes on to claim, “Part of the difficulty of teaching critical thinking, therefore, is awakening students to the existence of problems all around them.” The aesthetic terms and environmental rhetoric in these sentences are striking. They hint at a quasi-Nietzschean philosophy, with their overtones of self-fulfillment and awakening in a raw, natural environment. As if to reinforce this ambient attitude, Bean goes on to elaborate: “As Brookfield (1987) claims, critical thinking is ‘a productive and positive’ activity. ‘Critical thinkers are actively engaged with life.’ This belief in the natural, healthy, and motivating pleasure of problems—and in the power of well-designed problems to awaken and stimulate the passive and unmotivated student—is one of the underlying premises of this book.”

Is this really what we are referring to when we speak of critical thinking in college? Can we so easily justify course design and instruction—not to mention the entire project of the liberal arts—with recourse to active engagement with life, to what is “natural, healthy, and motivating”? It sounds so … romantic. Unfortunately, these platitudes may fail to satisfy measures of “value-added” and “return on investment” that colleges are under growing pressure to determine and demonstrate. Nevertheless, “critical thinking” lingers as a nebulous skill and pedantic requirement on college campuses.

For instance: during a recent meeting for a strategic planning committee I serve on at my university, one of my colleagues adamantly rejected the inclusion of an allegedly trendy catchphrase (“experiential learning”) as part of our mission statement, and insisted that we use “critical thinking” instead. My colleague was ostensibly rejecting the professionalization of college education, in favor of the more properly academic priority of intellect. This preference, however, struck me as curious, as it revealed that “critical thinking”—whatever cluster of ideas or intellectual ideals hide behind the phrase—had become something for which we felt nostalgia. I had been in meetings before where that was the buzzword to be scoffed at. Now we pine for critical thinking, in its apparent recession, however elusive a definition remains.

Critical thinking seems to point toward some immeasurable beyond: to a place where life is vibrant and rife with problems begging to be solved on the spot.

The philosopher Margret Grebowicz has observed that “whatever is vernacular is what is most difficult to view from a critical distance.” The phrase “critical thinking” would seem to be caught in a double bind, its first word trapped in the very vernacular mist that such mental effort is supposed to dispel. The most authoritative definitions are either vast beyond usefulness, or brazen in their deferrals to romantic sentiments. Either way, critical thinking seems to point toward some immeasurable beyond: to a place where life is vibrant and rife with problems begging to be solved on the spot.

The Grebowicz line I quoted above is from a book called The National Park to Come, which ends up being surprisingly useful. At one point she analyzes historical constructions and critiques of “the scene of Nature” (with a capital N), suggesting that “what remains to be theorized is the wilderness hallucination, the postcard projection, the scenic backdrop, the wild as spectacle.”

This is akin to the problem with the liberal arts broadly, the phrase “critical thinking” as a synecdoche of sorts. Higher education is increasingly expected to be a concentrated site for focused job training and career preparation; this comes with an attendant fantasy of a robust economy and ample employment opportunities. This is one kind of “hallucination,” to use Grebowicz’s term. On the other hand, college can be imagined as a fecund (or vivid, anyway) wilderness of sorts, life-generating and adventurous. This is the “scenic backdrop” behind Bean’s formulation of critical thinking. It may be well-intentioned and even motivating
from a pedagogical (and learning) standpoint, but we would do well to recognize that these two governing fantasies are not only incompatible, they are also both fantasies, projections of something that can only be maintained as such. Critical thinking, in either context—as a practical skill or as a rugged comportment toward the ineffable—would seem to function as a second-order fantasy, hovering above the very thing that we cannot come to terms with in a satisfying way: the role of liberal arts in higher education. This is a problem worthy of critical thinking, a knot that won’t be severed by any ready blade or mere mental exercise.