Jersey Cape: Bulk Pick-Up Day
This is the latest installment of Public Streets, a biweekly urban observations series curated by Ellis Avery. With the arrival of summer, weekly visitors descend on this quiet beach town, settling ... 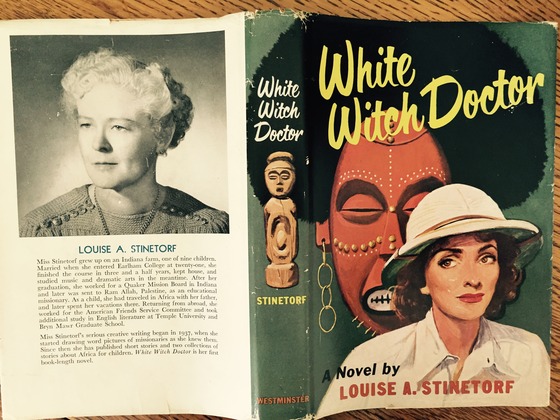 With the arrival of summer, weekly visitors descend on this quiet beach town, settling happily into modest beach side bungalows and quaint, dune-nestled Victorian cottages. Those with their own vacation places take up residence with a flurry of activity. Starting in mid-May, you can hear hammering all over town as roofs are repaired, shutters and windows thrown open, porch screens re-installed.

The ritual opening of summer homes results in a favorite community event, one that easily outdoes Beach Clean Up Day, or Dune Day, or even the Fourth of July Decorated Bicycle Parade: Bulk Pick-Up Day. On just this one spring day—and once again come fall—the municipal government, notoriously fussy about when and how trash is put out, will allow nearly anything to be dragged to the curb. 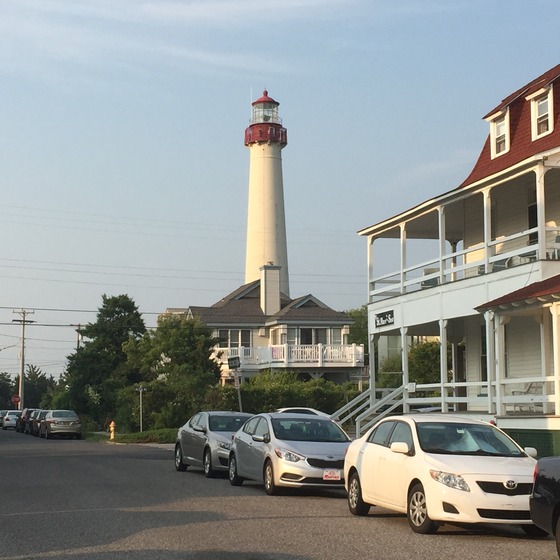 The author’s town in New Jersey. Photograph by the author

It’s fun to see what has spilled out of your neighbors’ closets and into the light of day. Beach toys, ancient board games, old tools, fishing gear, pieces of boats, barometers, nautical fittings, old clocks, sagging furniture, crock pots without cords, lamps without shades, chipped dishes. For my money, the two best categories are Mystery Appliances and Books.

For example, it seems there was a time in our history when an American woman would roll her hair onto curlers and put a plastic showercap-type hood over her head, the hood being connected to a hose which blew hot air and eventually dried her hair into the shape of the curlers. Many women did this. I may have done it myself. And to see one of these whatchamacallits in its cute round hatbox-shaped suitcase washed up on the shore, as it were, is apparently screamingly funny. Every woman of a certain age who spots the thing picks it up, waves it in the air, and calls to her friends, who run over shouting and squealing with delight. This is reverse nostalgia. These women are not mourning their lost youth. They are ridiculing all the silly things they did as girls. The curlers. The head baking appliances. There is no regret at all. Just relief. And gales of laughter.

Within earshot of the happily shrieking women, I discover White Witch Doctor, published in 1950, its lurid, perfectly preserved dustcover evidence that someone once valued this book. Later, when I read it, I’ll see why. The story is about a woman trained as a nurse who gamely functions far above her pay grade as a missionary doctor somewhere in Africa. The book is perfectly well-written, full of local color. And it’s clear that the author is writing about herself. Because there she is on the back cover, a pretty woman in a black and white studio portrait, the classic three-quarters head-shot, wearing an intricate hand-knit sweater that is surely her own work. With her short wavy hair and strong, clear-eyed gaze, she stares past your left shoulder. And she looks so normal. So uninteresting. So not like a person who would go off to be a missionary in Africa in the middle of the last century and then write a very competent novel about it. I stare at her serene face, her vast composure and shake my head. You never really know what’s inside another person, do you?

Yet we can know, inspect and even handle the intimate detritus of one another’s lives on Bulk Pick-Up Day. The streets fill with hilarity as neighbors stroll along, pawing through each other’s uncurated trash, making loud comments of surprise and scorn. No one minds. This is a day totally lacking in dignity. And just as there has been no pride involved in the display of these unwanted items, there is no shame in the scavenging.

I watch as two men in front of me pounce simultaneously. One of them holds aloft something that looks a lot like a gerbil wheel.

“I saw it first!” his friend complains.

“Too slow!” is the gleeful reply.

“But you don’t even have a gerbil.”

The conversation continues as they move up the street.

“What are you going to do with it?” I hear the friend ask.

The answer comes in a voice smug with satisfaction.

“I’ll think of something.”

Featured image: The copy of Louise A. Stinetorf's White Witch Doctor discovered by the author.