Where Fragile Things Die
In 2005, long before Taiye Selasi was being hailed for her fiction writing as “a totally new and near perfect voice,” she published a brief online essay that sought to define the emerging cohort of ... 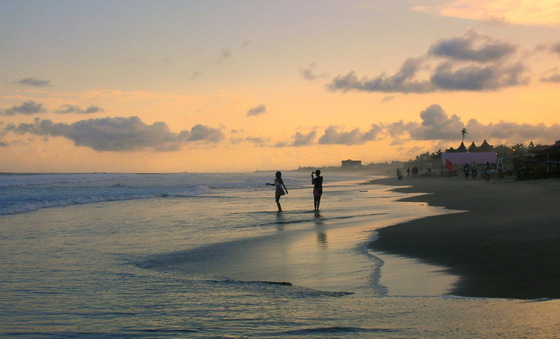 In 2005, long before Taiye Selasi was being hailed for her fiction writing as “a totally new and near perfect voice,” she published a brief online essay that sought to define the emerging cohort of young, urbane, culturally hybrid Africans among whom she counted herself.1, “Bye-Bye, Barbar,”The LIP, March 3, 2005. ] Thus was born (or at least popularized) the term “Afropolitan,” which quickly spawned an entire genre—and lest we neglect the marketability of such neologisms, an industry—of aesthetic and intellectual production. In 2011, just as Selasi’s first short story, “The Sex Lives of African Girls,” was being published in Granta, the Victoria and Albert Museum in London staged “The Rise of Afropolitan Fashion.” Today, you can purchase homemade and designer apparel through The Afropolitan Shop website and subscribe to the popular South Africa–based Afropolitan magazine.

The emergence of Afropolitanism—as an ethos, as an idea—has been lauded by many as an encouraging development. And rightly so. For at a time when Africa remains reducible in the popular imagination to the viral histrionics of campaigns like Save Darfur and KONY 2012, even the most modest “refusal to oversimplify” the continent, as Selasi describes the “Afropolitan consciousness,” is surely a momentous project in and of itself.

Ghana Must Go can be read as an ambitious first effort at enacting, in novelistic form, the Afropolitan sensibility set forth in Selasi’s essay. The title is telling: it refers not only to the mass expulsion of nearly two million Ghanaians from Lagos in the 1980s, but also to the cheap, extraordinarily durable woven plastic bags used by Ghanians during that exodus, bags that are now favored by market women throughout West Africa. It casts a knowing glance as well, presumably, considering Selasi’s avowed fondness for high fashion, at Marc Jacobs’s much-publicized use of those bags at a Louis Vuitton show in Paris in 2006. The title’s play between the trivial and the traumatic, the prosaically local and the arguably world-historical, interspersed with hints of unrepentant privilege and insularity, nicely captures the general tenor of what’s to come.

The novel opens in a backyard garden in southern Ghana, where Kweku Sai, the erstwhile patriarch of a family now fractured due to his abandonment of them years earlier, lies dying from a massive heart attack. Facedown, weirdly contemplative, his whole life flashes, or rather meanders, before his eyes—the first of several well-worn narrative gimmicks deployed over the course of the book. We read of his determined flight from the coastal village of his childhood; medical school at Johns Hopkins; his ardent courtship and then marriage to Folasadé, herself an escapee from Nigeria; the raising of their four precocious kids; a thriving career as a surgeon in Boston; and, finally, his return to Ghana, alone, when an unwarranted dismissal from the hospital, somehow kept hidden from his family for almost a year, leaves him shamed and broke. Yet the father’s isolated, exiled state, we gather, is both self-imposed and the product of what Michel de Certeau once called a “genealogical misfortune.”2 And this sense of the tenacious force of lineage and kin will eventually embrace his children in equal measure, afflicting their own itineraries of achievement.

It’s a good thing, too, for without these less happy undertones the Sai offspring, whose fraught relations with their parents and with each other take center stage in the remainder of the book, would be reduced to the superlatives in which they are otherwise so breathlessly rendered. “It is high time,” Selasi declared in her essay on Afropolitanism, that her fellow Afropolitans “stand up,” that they fashion and assert themselves in all the fabulousness of their many attributes—even at the risk of “sounding a little self-congratulatory, a little ‘aren’t-we-the-coolest-damn-people-on-earth.’” Perhaps this explains the presentation of the characters in her novel. Again and again—and again—the Sai siblings are fawned over by the narrator. Olu, the tall handsome eldest brother and, like his father, a surgeon “without equal,” is possessed of a “calm brilliance”; Kehinde, “impossibly beautiful,” is a jet-setting artist whose paintings sell for millions; Sadie, the youngest, may not have the dazzling attractiveness or “dark genius” of the others, but she’s a magnificent dancer and seems to be doing all right at Yale. Then there’s their sister, Taiwo (a variant, the novel’s narrator tells us, of the author’s own name): “too precious, too perfect,” or, as her shrink puts it while trying to clarify why she treats her for free: “[Is it] your remarkable accomplishments? Your formidable intelligence? Your stunning good looks?” You get the picture.

What we are given is not “the African family” or “the diasporic family” but this family: one for whom Africa happens to exert a unique intensity, and one that happens to be perfectly at home in a modern art gallery, or on the analyst’s couch.

A potent elsewhere, however, looms large over this collage of exploits, and to the extent that Africa enters into the multigenerational, multisited narrative Selasi has stitched together, it does so mostly as an absent object, as a (potentially) devastating and (inescapably) constituting power. Amid the Ivy League parties and the sordid New York love affairs and the conversations with the racist father-in-law, there is estrangement, to be sure, but there is also a nervous intimacy with Africa as the place to and for which the siblings are made to answer. Their brief forays on the continent are equally indeterminate: full of inspiration, lost opportunity, and, during a particularly heart-wrenching spell in Nigeria, horror.

One of the novel’s signal virtues is its refusal of “Africa” in any abstract sense, its rejection of pathologizing and utopian urges alike; its capacity, that is, to write and read the continent “from a rift,” in Achille Mbembe’s words.3 What we are given is not “the African family” or “the diasporic family” but this family: one for whom Africa happens to exert a unique intensity, and one that happens to be perfectly at home in a modern art gallery, or on the analyst’s couch.

It’s the middle of the night, and Taiwo is in a taxi, heading uptown from the East Village.

The driver nods, smiles. Their eyes meet in the mirror, and she sees him react: looking quickly away and then back, at her eyes, as one caught doing something he should but can’t stop.

“W-where are y-you from?” he stammers shyly. “What are you?” But means what they all mean. What are your eyes?

“I studied in England.”

“Bella naija!” He beams. “And this father you missed?”

“You must have been thinking out loud.”

“Did I think that?” She’s smiling. Her BlackBerry rings.

“It’s your father!” He’s laughing, glancing back through the mirror.

But of course it’s not her father. It’s Olu, her brother, calling to let her know that their father is dead, and that, for the burial, they will need to travel to Ghana: “lush Ghana, soft Ghana, verdant Ghana, where fragile things die,” as their father ruminates in the book’s opening scene.

And so they will go to Ghana, with their sister and brother and their brother’s Chinese wife. And yes, there will be a Great Catharsis, with all of them hugging and crying at one moment or another; and yes, conveniently, all of the broken pieces will be put together and all the loose ends tied up. Yet the Ghana they encounter, and the people (including themselves) they find there, will by no means be reduced to a single image. What they meet is a multiplicity: of images, attachments, and everything else. A fitting impulse for the Afropolitan novel.