Why Boys Must Cry
In contemporary Nigerian literature, muscular heroes of postcolonial independence have lost their swagger. Today’s patriarchs read like quaint fogies, stomping their feet about government, money, and ... 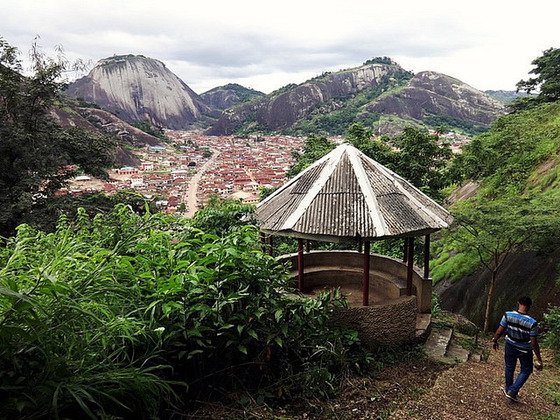 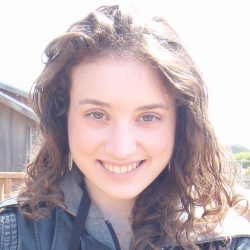 In contemporary Nigerian literature, muscular heroes of postcolonial independence have lost their swagger. Today’s patriarchs read like quaint fogies, stomping their feet about government, money, and gender roles. Chigozie Obioma’s debut novel, The Fishermen, recuperates this toothless archetype with superb grace. His task is not to rescue the patriarch from becoming his country’s flattest character but to undermine dominant perceptions of masculinity, both within and outside of Nigeria, through the eyes of four boys who accidentally court death by following their father’s teachings.

The coming-of-age plot features four brothers between nine and fifteen—Ben, Obembe, Boja, and Ikenna—who break rules all the time by doing what boys are wont to do, but with the wrong boys and in the wrong places. What would be normal teenage rebellion elsewhere carries fatal consequences in their political context, where masculinity and systemic brutality are entwined. Obioma reveals vulnerability, crisis, and anxiety as foundational to the embattled masculinity complex that has driven politics in Nigeria since the colonial era. In the process he deftly navigates the ethical quagmire of representing his country’s embroiled gender politics for an international audience. How can fiction undermine norms that promote women’s subjugation as status quo within Nigeria1 without vilifying black men, and thus affirming Western stereotypes that see Africans as barbaric?

In tackling this question, Obioma joins a wave of Nigerian luminaries under the age of 40, known as the “Third Generation,” who have incorporated changing attitudes towards gender into their ethos. Women like Chika Unigwe, Chimamanda Ngozi Adichie, and Chibundu Onuzo (who was only 21 when her class-crossing romance, The Spider King’s Daughter, was published in 2012) are rethinking masculinity alongside men like Chris Abani and Teju Cole. Abani’s novel, The Virgin of Flames (2007), features a Nigerian muralist coming to terms with his attraction to a transsexual Mexican sex worker. In Cole’s much-acclaimed debut, Open City (2011), a drive towards sexual violence has burrowed so deeply into the protagonist’s ego as to become unconscious; he cannot comprehend his crimes against women or the damage to his personality caused by his patriarchal thinking.

Within the Third Generation, the bildungsroman has emerged as the quintessential genre for challenging political corruption in Nigeria. As our tragic hero and narrator, Ben, comes to see the Kafkaesque nightmare that militarized politics in his country in the 1990s, so do we. Whatever particular historical or cultural knowledge we bring to our reading, the coming-of-age novel allows our naivety and ignorance to fade alongside Ben’s, making the injustice he experiences all the more bewildering. Fifty years ago, Chinua Achebe exposed the disappointing aftermath of liberation in terms of his country’s reversion to oppressive norms. Obioma follows Achebe’s footsteps by exposing hypocrisies hampering Nigerian development today. Named after Benjamin Nnamdi Azikiwe, Nigeria’s first president who oversaw peace from 1963 to 1966, our narrator is born to be a game-changer. But also like his namesake, whose short legacy collapsed into twelve years of civil war, Ben cannot reverse the mistakes of the past without agitating prejudices that inflame violence in the present.

Order in Ben’s family depends on his father James’s retributive justice. James drives a Peugeot and reveres Western education as gospel. When work at the Central Bank displaces him 600 miles away, “the Guerdon,” James’s nickname for corporal punishment, disappears with him. Although “guerdon” denotes a reward, James’s middlebrow English has re-appropriated the term for beating children. The family is Igbo, the tribe that unsuccessfully tried to secede from Nigeria in the Biafran War of the 1960s. Despite their stigmatized tribal affiliation and his abuse, James has managed to inure his sons with dreams of upward mobility and jobs as doctors, pilots, professors, lawyers, and even as President.

Obioma subtly builds up his plot like a game of “Mother, May I?” leading his reader one step forward, then two steps back. Three months after James’s departure, his dreams cease to impress the boys, who begin ignoring their mother Adaku’s rules. In Obioma’s elegant and lissome prose, James’s “long arm that often wielded the whip, the instrument of caution, snapped like a tired tree branch,” breaking the boys “free.” The older brothers, Ikenna and Boja, flounder without discipline. Their academic standing plummets. When the boys kick soccer balls at disabled men’s heads, concussing them, they “play as if unhinged” instead of feeling bad. The positive correlation between the father’s absenteeism and sons’ risks for erratic or even criminal behavior is a familiar story in the US. Even though Adaku has forbidden playing near the fictive Omi-Ala River, pretending to be fishermen in its toxic sludge becomes their favorite pastime. Fishing introduces them to Abulu, the homeless madman who prophesies that Ikenna, the oldest, will “die by the hands of a fisherman,” who Ikenna assumes will be one of his brothers. Their mother learns from a gossip that they have been fishing for weeks. Her threats—expressed in Igbo to ring in their ears—have little effect, even if her defiance does assert her strength for readers.

the boys’ failure to heed their mother’s warnings against fishing has set them on a path to committing violence against everyone they love—including each other.

Perhaps Obioma’s approach to tackling patriarchy is particularly inventive (and risky) in his resistance to representing women like Adaku beyond stereotypes. Akure has the population of Cleveland, yet the Agwu boys never interact with girls besides their infant sister, who has no destiny because “there was no need to decide such things for women.” The boys only ever encounter women as tattlers, adulterers, idiots, whores (ashewos in Yoruba, the dominant language in Akure), witches, husband-murderers, and defiled corpses. A dubious feminist reader might decry this representational violence as yet another male-dominated vision of Nigeria failing to undermine militarism and sexist politics in African dictatorships. However, I would argue that violence against women sets the scene for the scuffles over masculinity that drive the plot, underscoring the insidious invisibility of gendered violence, which is clearly indefensible in Obioma’s view. Abulu, like his female victims, is more a paranoid specter of misogynistic evil than a real person. Rumor has it that his lunacy stems from the guilt of raping his mother; degrading women’s corpses and masturbating in public, he dangerously fuses every stereotype of black African sexuality as savage. His untamed concupiscence underscores the moral deficiencies of the Nigerian state, which has failed to discipline him.

Eventually it becomes clear that the boys’ failure to heed their mother’s warnings against fishing has set them on a path to committing violence against everyone they love—including each other. Shorn of their idyllic boyhood, shimmering with tadpoles and British TV, their distress quickly escalates far beyond their father hiding their Mortal Kombat video game. James returns to wield the Guerdon more ferociously than usual; his revulsion is piqued not so much because they disrespected their mother but because his sons stooped to the working-class status of fishermen. Despite his censure, the boys’ fates remain set on a far more perilous course. Abulu’s curse engulfs their imaginations. Deadly quarrels break out between brothers. When the boys who remain cite Achebe’s Things Fall Apart as vindicating their right to avenge themselves upon Abulu, they mistake Okonkwo’s fatal flaw, his obsession with proving his own masculinity, as a strength. Really, their setting better resembles the corrupt, modern Nigeria of Okonkwo’s descendant in No Longer at Ease, where bribery and revenge have supplanted morality as a social norm. Abulu’s prophecy has emasculated their father and scrambled their mother’s brain; no matter their brothers’ roles in perpetuating violence, they believe Abulu, the specter of the state’s failures, is to blame. Neglecting moral responsibility to defend instead their masculinity and all its obligations—family, futurity, pride—only worsens their situation. But who knows? Perhaps their crime against a worthless lunatic would have gone unpunished if Ben hadn’t stabbed a Nigerian soldier during their ambush of Abulu. Amidst dictator Sani Abacha’s military rule, wherein the economy improved while writers like Ken Saro-Wiwa were executed for treason, masculinity is anxious to feign invincibility. Not even superficial wounds inflicted on a soldier’s body by a ten-year-old child can be tolerated.

Sentenced to come of age in an adult prison for his crimes, Ben must serve his time among men. He is trapped in “the Federal Republic of Anyhowness,” a Nigeria where anything the government says, goes, including $2 billion military budgets during peacetime. In Ben’s absence, his father, once “an impregnable man,” starves on the diet of “maggoty dreams” he fed his sons. Meanwhile Ben, instead of feeling smug for having survived, is psychologically stuck in the scene of the courtroom, where he cried instead of testifying as “the man” his father “trained [him] to be.” Ben’s shame testifies to why boys must be allowed to cry; no one can flourish within the circumscribed bounds of a stereotype. If being a man means mutilating the mentally ill, “menacing” society like “juggernauts,” and gritting one’s teeth at the taste of one’s own sin, then it means grooming villains, not heroes, to father the next generation.