The Aleph in the Closet
In Jorge Luis Borges’s story “The Aleph,” the eponymous construct is the “only place on earth where all places are seen from every angle, each standing clear, without any confusion or blending”; ... 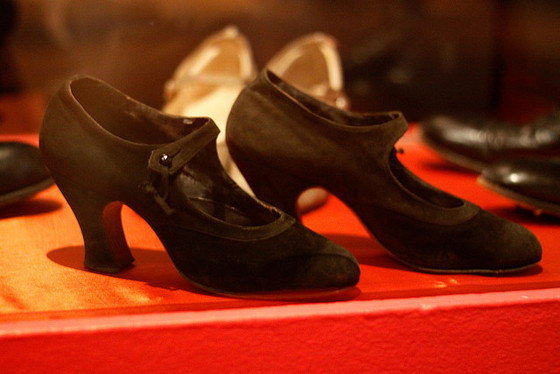 In Jorge Luis Borges’s story “The Aleph,” the eponymous construct is the “only place on earth where all places are seen from every angle, each standing clear, without any confusion or blending”; gazing into it, one would, remarkably, see the universe from all angles simultaneously. The story’s protagonist—a fictionalized version of its author—is mourning the recent death of his lover. Upon traveling to her family home to pay his respects, he becomes acquainted with her cousin Daneri, a struggling poet who believes that the Aleph, located in his basement, is the crucial source of inspiration for his work.

Reading Susana Medina’s debut English-language novel, Philosophical Toys, with this mind, it is difficult not to liken Daneri to the novel’s protagonist, Nina, a partly autobiographical creation of Medina (who wrote her doctoral thesis on Borges). Also a struggling writer, Nina experiences a series of mind-expanding visions about her deceased mother, generated initially by seeing a pair of high-heeled boots in a Luis Buñuel film and later by discovering her mother’s vast shoe collection in the attic of their family home. The motif of high heels acts as Nina’s Aleph, constituting the wellspring of inspiration from which she creates. And while this Aleph is manifested in shoes rather than an abstract construct, the monumental effect on Nina’s psyche mirrors that experienced by Borges’ characters.

Medina uses the dual facets of power and vulnerability expressed by high heels to meditate on the complex nature of female identity.

The multifaceted relationship between high heels, femininity, power, and identity contributes significantly to Medina’s novel, where heeled shoes form the narrative crux. As Nina’s mother died when she was six, she has very few memories of her, so the discovery of her collection incites Nina to an obsessive quest into her mother’s past. The search makes Philosophical Toys, at its heart, both a work of profound mourning and a study of the challenges of locating one’s place in the world.

Medina was born in 1966 in Hampshire, England, to a Spanish father and a Czech-German mother. Her family moved to Valencia, Spain, in 1968, where she lived until moving to London in 1987, where she continues to reside. She attained a degree in History of Art and Italian from University College London before briefly moving to Bologna to study in the University’s department of Art, Music, and Entertainment. While Philosophical Toys is her first novel written in English, Medina has already published prolifically in Spanish, with translated titles including Chunks of One (1991), Souvenirs from the Accident (2004), and Red Tales (2012). She regularly works with artists, writing scripts for the short films Buñuel’s Philosophical Toys and Leather-bound Stories—the conceptions of which are recollected in the novel.

The designer credited with popularizing the stiletto heel, Roger Vivier, claimed, “to wear dreams on one’s feet is to begin to give a reality to one’s dreams.” This association between fantasy and shoes is deeply relevant to Nina, where a high-heeled boot in a Buñuel film becomes a Borgesian trigger for life-changing memories of her mother, and subsequent fantasies about her mother’s “real” identity. Comprising thinly veiled autobiography, existential crises, feminist commentary, and meditations on Buñuel, Medina’s novel confidently defies categorization, and, for the most part, skillfully navigates this jostling melee of elements.

Medina uses the dual facets of power and vulnerability expressed by high heels to meditate on the complex nature of female identity. Although Nina recalls her mother as a powerful woman, always in high heels, who dominated her husband, such memories also make Nina feel helpless. Disconnected from this figure by death, she is forced to struggle toward self-definition alone.

Nina’s obsession is initiated while watching Buñuel’s 1964 film Diary of a Chambermaid. The pair of high-heeled boots worn by the film’s female lead, Celestine (Jeanne Moreau) is the madeleine from which the arc of the novel unfolds, bringing about a wayward “neural storm” in Nina’s mind. Célestine is the chambermaid of an eccentric family, whose patriarch is a shoe fetishist. She is made to don a pair of high-heeled leather boots and parade around for him. As he fondles her feet in paroxysms of lust, Nina recognizes the boots as identical to a pair her mother owned, and a series of flashbacks prompt her to query the conception she previously had of her mother’s character.

Further complicating Nina’s image of her mother is the shoe collection, which she finds profoundly unsettling:

These shoes pointed to playfulness, to allure, to excess. Some of them were a utopia of androgyny translated into a shoe, others a dream of simplicity, yet others were revoltingly girly, a walking parody, a dark nightmare of pinkness.

With her father’s memory proving unreliable due to the onset of Alzheimer’s, Nina is overwhelmed by questions: Were these shoes her mother’s, she wonders, and if so, why are there so many? Why did her father keep this strange “sentimental museum”?

Attempting to find answers, Nina is consumed by the shoes, surrounding herself with them, imagining what each might say about her mother. Medina’s curiosity about the animism of objects is communicated through Nina’s cherishing of each shoe: she brushes and bathes a pair of camelhair boots, reverently displays the entire collection in her bedroom, and describes the photographs and documents contained inside a small shoebox as “maternal reliquaries.” As the only substantial link she has to her mother, it is perhaps unsurprising that the shoes contain great symbolic power, even a kind of spiritual essence; as Nina points out, “Don’t we confuse flesh with mere flesh, people with previous souls, the qualities of objects with their owner’s qualities?” She eventually exhibits the collection in a London gallery as “Leather-bound Stories,” the shoes thus becoming woven into her own creative identity.

The show is unexpectedly popular, and Nina is pulled into the confusing, duplicitous realm of galleries, exhibitions, and agents. She feels increasingly torn between this sudden success and the desire to denounce the insincere art world in favor of writing. The sudden appearance of an enigmatic figure known only as “the Collector” adds another layer to this already intricate plot. He is interested in purchasing a pair of nondescript high heels featured in her show to add to his exhaustive assemblage of Buñuel memorabilia: the “Museum of Relevant Moments.”

When the Collector informs her that the shoes are identical to those in a particular Buñuel film, Nina wonders if her mother appeared in it as a “foot double,” and, if so, whether her impression of her mother is unreliable. The concept of hidden identities, represented by this possible past as a foot model, is furthered when the Collector, stimulated by Nina’s fascination with Buñuel and curiosity with fetishism, hires her to ghostwrite the museum’s guidebook. She is tasked with imitating a French philosopher who has declined the job but whose style befits the Collector’s vision. This exercise leads her down the winding paths of psychoanalysis in an attempt to pinpoint the essence of fetishism.

It is here, in a chapter aptly titled “The penis nightmare,” that Medina’s feminism becomes most visible, and the strength of her writing shines through. In one exceptional passage, spurred on by a reading of Freud, Nina ruminates:

Women had been gagged for a long time, the gag had begun to hurt. It was a monumental mutilation of history, of life, of personal stories, personal loss for centuries … The absence of women from history gleamed with the ghostly energy of the return of the repressed, a specter had attained a critical mass. It had created an immense female phantom limb, a phantom muzzle had appeared on the threshold of the twentieth century, ripe with time, so dense in its invisibility that it exuded all the shattering energy of a personal vendetta.

Although initially excited by her “future spectrality,” the reality of becoming someone else at the cost of sacrificing herself conflicts with Nina’s desire to carve out her own identity. Pivotally, Nina realizes that in order to embrace her individuality, she must transcend the compartments—daughter, artist, writer—into which she has placed herself, and that limit her personal growth.

While Philosophical Toys is often unusual, sometimes fantastical, and studded with far-fetched coincidences, the narrative on the whole is both believable and relatable. Beyond the Surrealist films, art collectors, and shoe fetishists are genuine, endearing characters. This is due in no small part to the autobiography underlying the novel, but also speaks to Medina’s skill at capturing the unique essence of people. Consequently, we keenly feel Nina’s frustration, anxiety, confusion and loss, connecting her experiences with our own.

Toward the novel’s conclusion, Nina comments:

Some say that the task of the philosopher is to speak about death. But I found that I had nothing to say about death. Except that it should be abolished. So instead of death, I focused on objects. Objects are suffused with life.

In fact, she has much to say on the subject of death. Her mother’s shoes, imbued with her essence, are what enable such personal and engaging discussions of mortality and loss, with Nina’s reflections on regression, impermanence, and memory commenting on our relationship with death and mourning.

Nina’s apparent desperation to learn more about her mother is self-deception—what she really wants is her mother, alive. Philosophical Toys is the product of this impossibility. Although she begins lost in the void of her mother’s death, with only a handful of memories, by novel’s end she has formed something substantial, using her imagination to transcend the banality of fact and sculpt a memorial more fitting in its eccentricity and vitality than any plaque or headstone.