“You Could Have Changed Everything”
One may as well begin with George Merrill’s touch to E. M. Forster’s backside (“gently, and just above the buttocks,” Forster recalls). It was 1913 ... 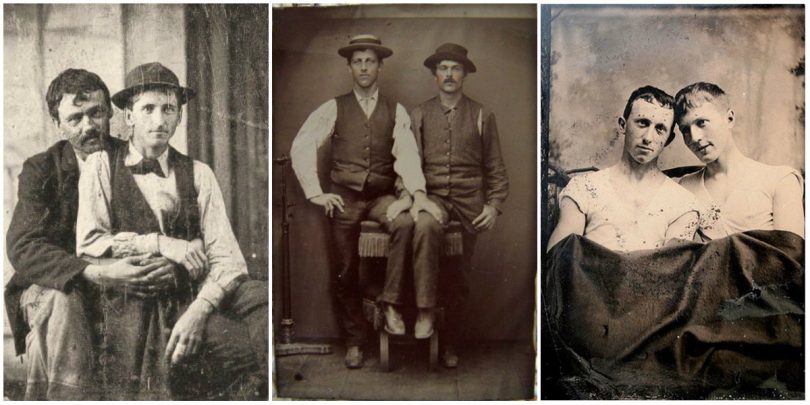 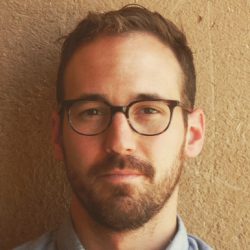 One may as well begin with George Merrill’s touch to E. M. Forster’s backside (“gently, and just above the buttocks,” Forster recalls). It was 1913, three years after the success of Forster’s second novel, Howards End, and it was his second or third visit to the home Merrill shared with his comrade-husband, Edward Carpenter. The touch sent a “spark” from Forster’s back directly into his “ideas,” bypassing his “thoughts,” which caused the author to conceive a book, Maurice. Forster kept Maurice a secret until the 1960s, when he carefully arranged to have the manuscript couriered by gay friends from London to Los Angeles, where Christopher Isherwood was to publish it upon Forster’s death. Forster died in 1970. Maurice was published in 1971.

Maurice is Forster’s account of homosexual love at the beginning of the 20th century. Maurice, a prep school boy and university graduate, discovers and wrestles with his homosexuality; he meets Alec, a gamekeeper, and the two declare their love for each other before running away to the “greenwood,” a loosely sketched utopian world outside of British society. The novel is a curious mix of Forster’s admiration of the openly gay cross-class love between Merrill and Carpenter and his dogged determination to refuse such a possibility for himself. Before he meets Alec, Maurice falls for straight men, visits hypnotists in search of cures, and lives under threat of blackmail—a trajectory much more closely aligned with Forster’s biography than the novel’s adamantly happy ending.

It has been slightly over a century since Merrill’s electrifying touch to Forster’s lower back. Forster lived long enough to see both the decriminalization of homosexuality in the UK and the Stonewall Riots in New York. He died before two major events he could not have imagined came to pass: the AIDS crisis of the 1980s and 1990s; and the tolerance, acceptance, and equality afforded to most (though certainly not all) gay men and women in the 2000s and 2010s.

Today’s gays and lesbians might see themselves as having finally arrived in Forster’s greenwood. Maurice offers a utopian dream of queer belonging and nonbiological kinship. But, like all dreams of kinship and belonging, its vision is both expansive and restrictive. The surreptitious path to publication of Maurice suggests a romantic utopia of queer men shielding themselves from harm, but it equally suggests the protected transfer of wealth and prestige that restricts heirlooms to a precious few. In this sense, it is not Maurice but rather Howards End that is Forster’s visionary novel about queer life and the politics it has engendered.

Howards End describes a world of surprising friendships and incalculable acts of generosity—but it is also a world mired in the tragic inescapability of class. Howards End is a house, but for the characters who move through it, it is also a home, a property, a right, and a refuge. More importantly, it is an inheritance. In a scribbled letter shortly before her death, Ruth Wilcox wills her home to her friend Margaret Schlegel; her widower, Henry, determined to keep the investment within the family, burns the note. And yet, at the end of the novel, the house nevertheless goes to Margaret (and, after her death, to a child, not her own, whom she raises there). 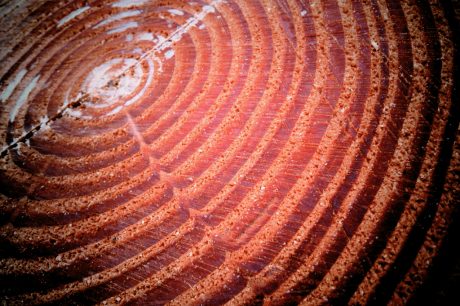 Howards End traces an inheritance across generations, notably between women and friends. It is a legacy based on love, justice, and connection—a genealogy much more difficult to trace than its biological counterpart. One might easily see analogues for the novel’s cast of characters—the well-meaning Schlegel sisters, the imperial capitalist Henry Wilcox, the desperately aspirational Leonard Bast, the disastrously “unrespectable” Jackie—in the landscape of contemporary gay life. That landscape is characterized by powerful idealism and the longing for community, but it is also bound up with the realities of property, wealth accumulation, and class hierarchy.

Matthew Lopez’s most recent play, The Inheritance, attempts to take stock of this contemporary landscape. The play, in two parts over seven hours, had its debut, in March 2018, at the Young Vic Theatre in London; it opened at the Noël Coward Theatre on September 21. It is set in 2016 in Manhattan and traces a small circle of gay men over the course of the next two years. The play itself is also the fictional work of an aspiring writer, “Young Man 1,” who, in search of inspiration, has turned to E. M. Forster.

The Inheritance mulishly rewrites Howards End, as E. M. Forster himself stands by and comments on the characters (nearly all of whom read Maurice in the course of the show). An Upper West Side gay couple, Eric Glass and Toby Darling, replace the Schlegel sisters. In place of Leonard Bast is Adam, a dull younger gay man living in his parents’ sprawling Midtown apartment. Eric and Toby take on Adam as their “project” to supplement their own flailing relationship, providing him first an aesthetic sensibility, and then fame through Toby’s play.

While Toby and Adam are touring the play, Eric meets Walter, an older gay man who lives a few floors below him. Walter tells Eric about a home he shares with his life partner, Henry Wilcox, a country home in upstate New York. During the 1980s, against Henry’s wishes, Walter would drive HIV-positive friends, and then strangers, to this home to take care of them until their last breath. Without families to return the bodies to, Walter had each man cremated and scattered their ashes around the estate.

The landscape of contemporary gay life is characterized by powerful idealism and the longing for community but also bound by the realities of property, wealth accumulation, and class hierarchy.

Walter’s health fails. Before his death, he scribbles a note to Henry that the country home should be given to Eric. Henry, who has two sons from a previous marriage, burns the note. Eric and Toby break up; in their grief, Henry Wilcox and Eric begin a relationship and decide to hold a “celebration” in lieu of a wedding. Meanwhile, Toby spirals out of control as he is forced to face both his failings as a writer and the facts of his childhood, buried underneath the personality and life he has created.

Lopez’s play is at times incredibly moving, and at times frustratingly didactic. The final scene of part 1 is so arresting that the audience (at least on the night I attended the show) forgot to clap until the house lights came on. In part 2, Lopez tries to take on every thinkable contemporary political concern theretofore unaddressed by a story about property-owning Upper West Side gay white men. Eric’s monologue comparing the 1980s AIDS crisis to the inherited traumas of the Holocaust and US Black slavery is cringeworthy. Another monologue, about valuing community over sex, nearly becomes an ode to chastity—piously eliding the fact that gay men have often found community through sex, not in spite of it (even if in “unrespectable” and “irresponsible” ways).

Onstage, Forster the narrator delivers a monologue about writing Maurice, taken nearly verbatim from Forster’s own notes. But when a character turns to address him directly, this scene becomes electric. Why hadn’t he published Maurice in 1914, when his popularity would have likely shielded him? Why hadn’t he published it in 1966, after homosexuality had been decriminalized in the UK? Why hadn’t he published it in 1969, after the Stonewall Riots? “Cowardice,” Forster admits. “You could have changed everything,” the character responds, almost in tears. It is not a condemnation. It is a plea for a world that could have been otherwise. It is grief over the loss of an inheritance. 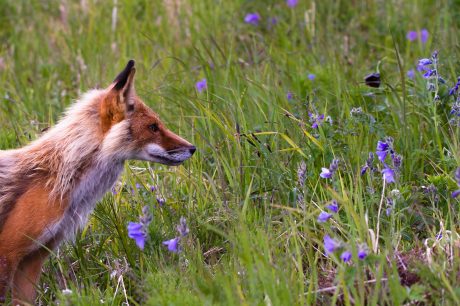 This plea directly to E. M. Forster reveals the ambivalence of queer inheritance, which involves recovering utopias and communities from stories of death, or perhaps worse, lives half-lived. What contemporary queers have inherited from queer predecessors—Carpenter, Wilde, Forster, Isherwood—is an imagination expansive enough to find these figures, no matter how hidden or evasive they were in their lifetimes.

But some gays and lesbians have been petulant beneficiaries, demanding an outsize legacy while refusing to share it with others. They have hoarded the benefits they were supposed to share with those who fought and died alongside their ancestors (and continue to do so at horrifying rates): trans people, Black women, intravenous drug users, and homeless youth. Like Henry Wilcox in both Howards End and The Inheritance, some queers have burnt the note that promised others the house they now inhabit.

This article was commissioned by Heather Love. 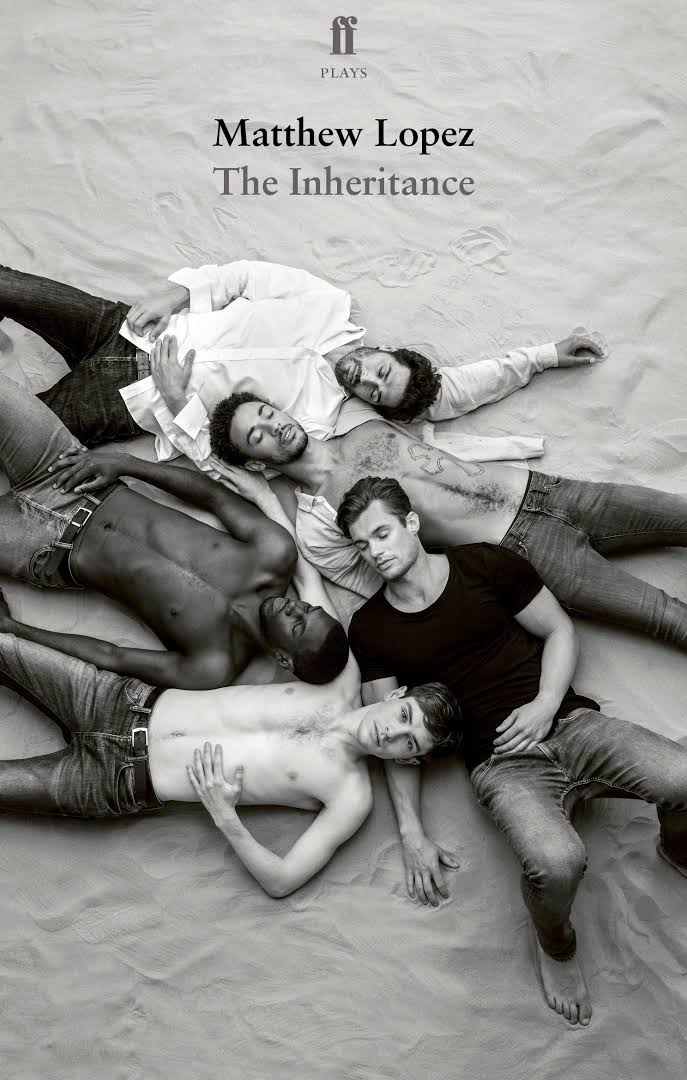